Weekends in The Natural State are getting super busy. The NWA State Championship mountain bike race was Saturday and the State Championship Criterium on Sunday. Also, that 'other' sport had a home game. I love when Fayetteville swells up with Razorback fans. Especially at the beginning of the season when folks have a ton of optimism. I decided on a short route Saturday knowing that most of us would be racing on Sunday and headed to watch the Hogs later in the morning. I kind of forgot how fun it is to ride at a chill pace and have more energy to chat with folks. That's one of the things that makes bicycle riding great. Exercising and socializing at the same time. I made the mistake of taking the group through the Razorback tailgate at the end. We got re-routed by the Po-Po several times and had to sit and wait a bunch. 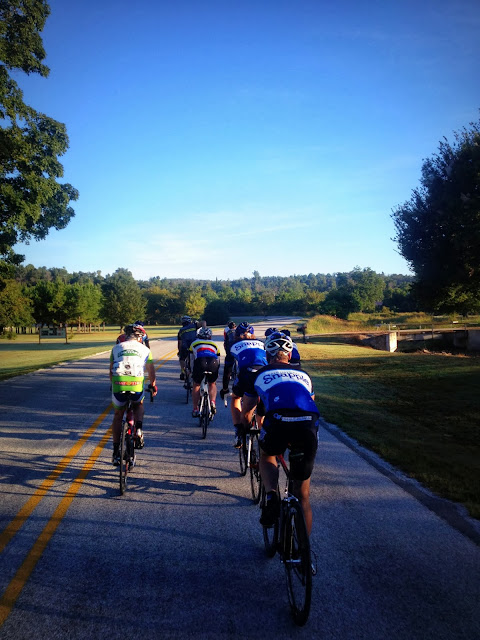 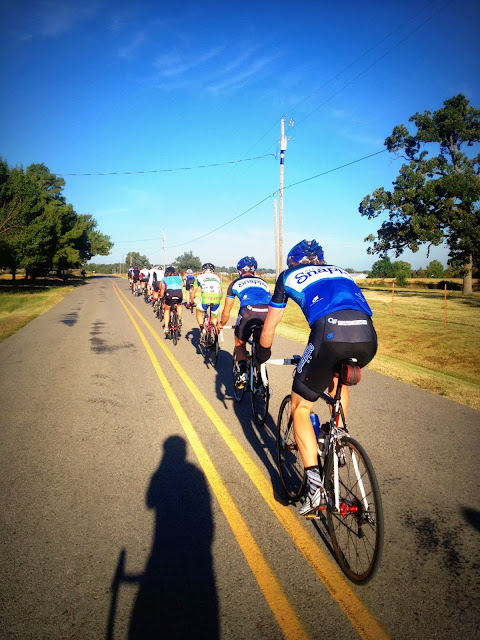 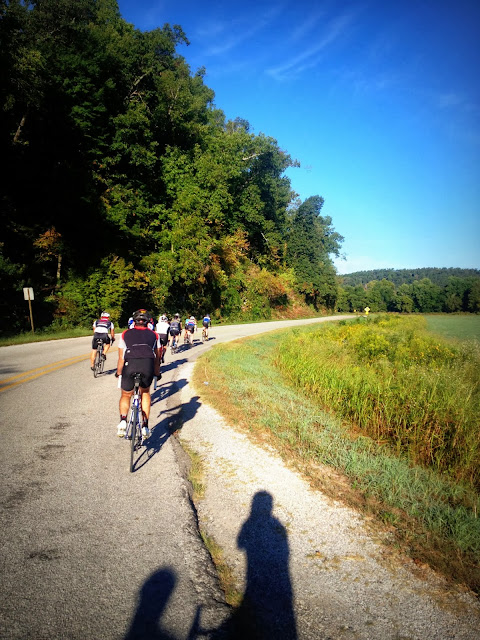 Savoy loop is a classic. I can remember riding this loop over and over when I first started cycling. It was the only route I knew at the time.

Sunday I rode in the Category 3 State Championship Criterium. We fielded a solid team for this one. I've been riding long enough to know my fitness level most of the time. I knew that I was not in criterium racing shape. The last time I raced was early summer and just recently was off the bike for about two weeks.  There are a lot of violent accelerations in this format of racing. You have to be able to accelerate and recover many times over. Cycling is a team sport and there are other ways to contribute to a team effort. Sometimes just pinning the number on and taking the start line lifts the spirits of your teammates. Like most teams we meet before the race to discuss tactics. It's good to have a loose plan in place and then call audibles as the race unfolds. The first break of the day looked promising we had two guys up the road and the other teams were represented. A teammate that was in that move said the group was too big and dis-functional. They eventually got reeled in. The team from Little Rock SimplexQ rode a very good race. They were super aggressive and had good numbers. Just before a prime the pace seemed to slow a bit but shortly after one of my teammates countered and the pace surged again. The second break (winning move) was starting to form. We had two guys in the move initially but eventually it was reduced to four guys all from different teams. With about 5 laps to go a SimplexQ guy got on the front and started drilling it shattering the peloton into several groups. I was able to hang on for bit but then my legs decided to pull the plug. We had two guys in the first chase group and one guy in the winning break so things looked good. With about 4 laps to go the official agreed with my legs and pulled the plug on my race. My teammate Scott ended up bringing home the bacon. It's great when everything comes together. You lose way more then you win in this sport.

A special thanks to Jason Evans for putting on the State Championship race. It seems like there is a lot of additional red tape involved in promoting a State Championship. Bentonville seems to have it going on with hosting tons of new events. I hope this trend continues. 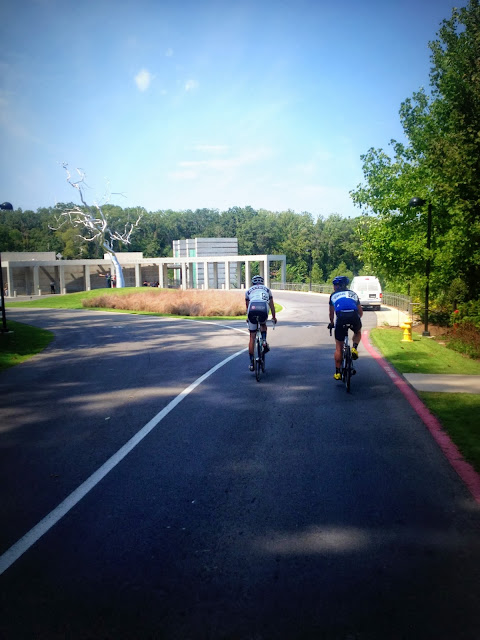 Warming up rolling by Crystal Bridges Museum. I love that metal tree. 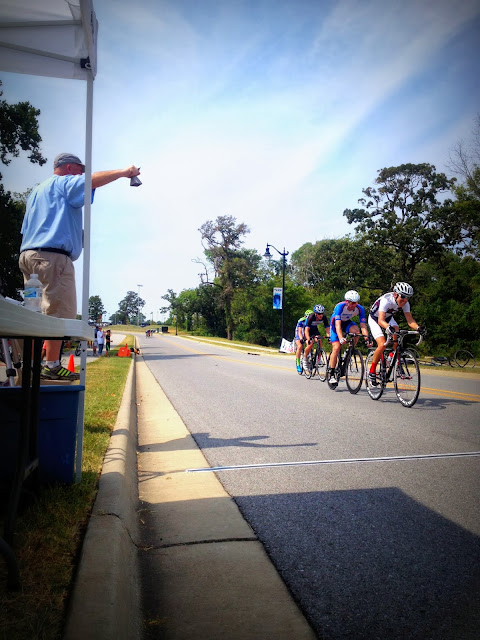 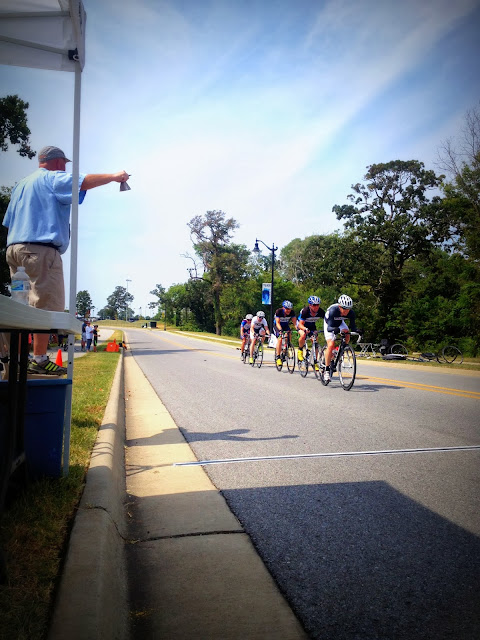 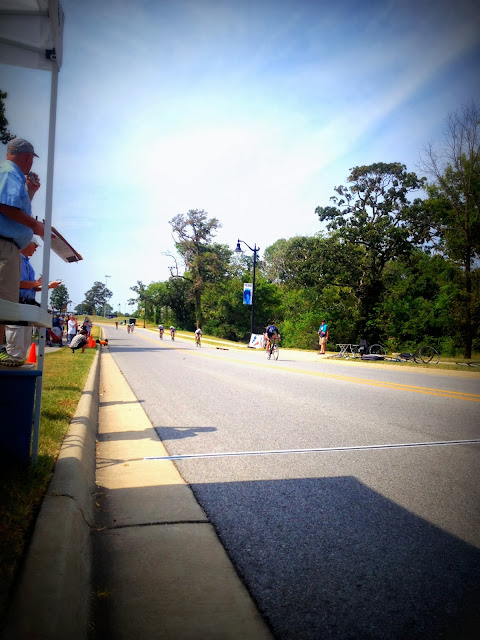 Scott rides away with it. 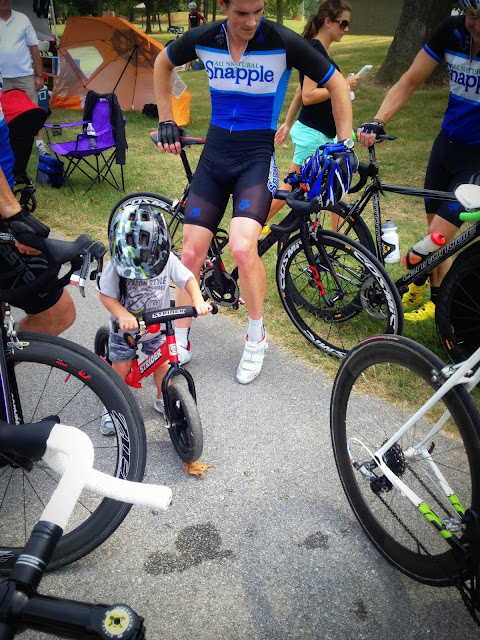 One of the best parts of racing. "How the race was won." Storytelling. Good times.