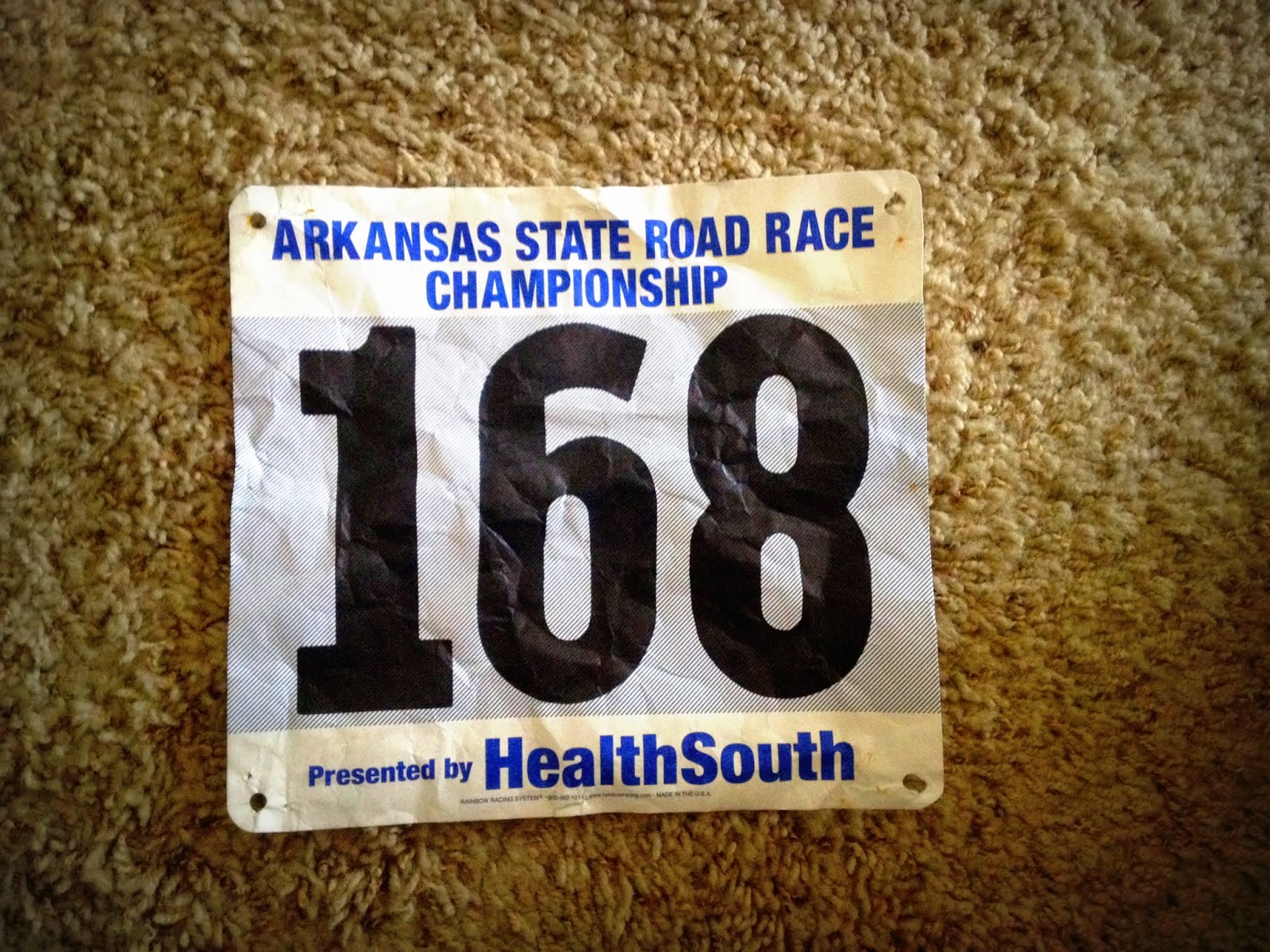 A big thank you to the HealthSouth Race Team for promoting the State Road Race Championship. Job well done! It is also super cool that proceeds are going to the Laura Wooldridge Memorial Fund. Can't say enough about that. So proud to be a part of this great cycling community.

The lumpy course was challenging with a stiff south wind and über warm temps. Three Happy Cows decided to spread the boyz out over the categories hoping to win as many state jerseys as possible. I raced my age group which was the 30-44 race. It can be a little confusing because the goal is to win the overall race but also to win your age group. The color coordinated numbers helped a lot. 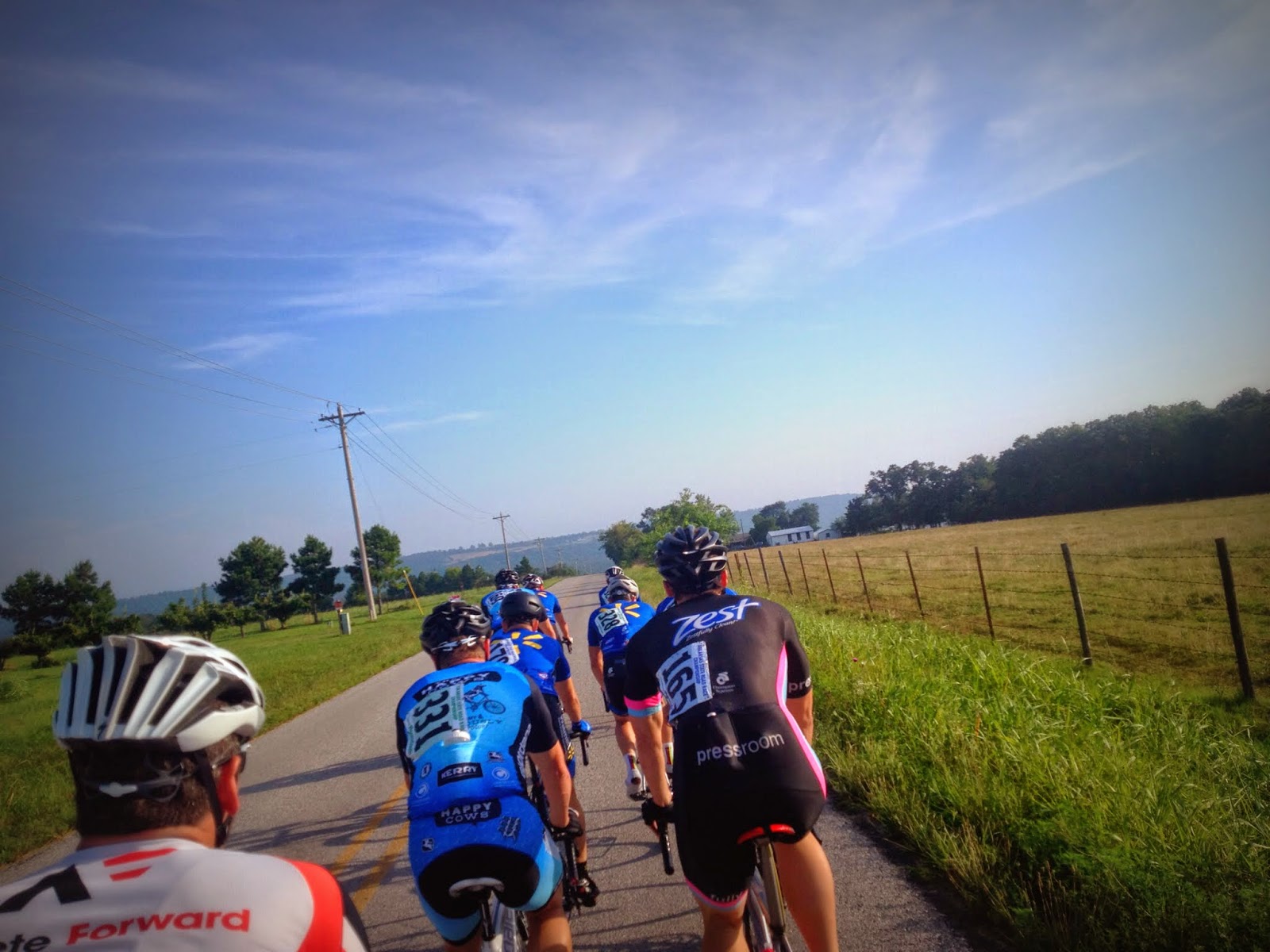 The bunch about to drop into the valley.


The early break started from the gun. With a AF guy taking a flyer and one of our guys Bob N in tow. The move ended up being decisive for us. It forced Walmart (the other team with numbers) to work to bring them back and that wasn't until 20 miles or so. Once the catch was made we counter attacked until finally two 3HC's (Jake B/Scott W) and one Walmart (Art H) got away. The peloton was whittled down to just a handful of guys after the attacks. Walmart and 3HC were content with the established break so we stopped working and the pace slowed. When I say slowed...I mean track stand slowed. It was painful. We all had a good laugh about it. The race was on again though once we reached the final climb (5 miles from the finish). I accelerated about halfway up and Jason E (Walmart) locked up. His leg muscle that is. You might have thought he got shot with all the hollering. Cramps are painful. It was comic relief (for the group). I looked back to see Joel R (Zest Cycling) and my teammate Michael K closing. Once we crested the top we realized Scott B (Walmart) was dropped which was significant. So we put it into time trial mode. Joel R was reluctant to work which was the right tactic when out numbered. I drove it hoping to distance Scott B and set up Michael K. On the last wrinkle before the right turn to the finish Michael K jumped and Joel R tried to follow. For a moment I thought he might close the gap but in the last 300 the gap got bigger and Michael K secured the win for our age group. Joel R did a great job given the circumstance. At the end all the guys from various teams got together and talked about the race. That's what makes the State Championship race unique and fun. It's people you see often (racing & riding together) and after the heat of competition we are all just folks who love to ride and race bikes. Good times. Thanks again HealthSouth!

Nice write up. I am so interested in learning about the sport, not just riding a bicycle. This brought both the race and the team effort to life.

Thanks! They call it the chess match on wheels.