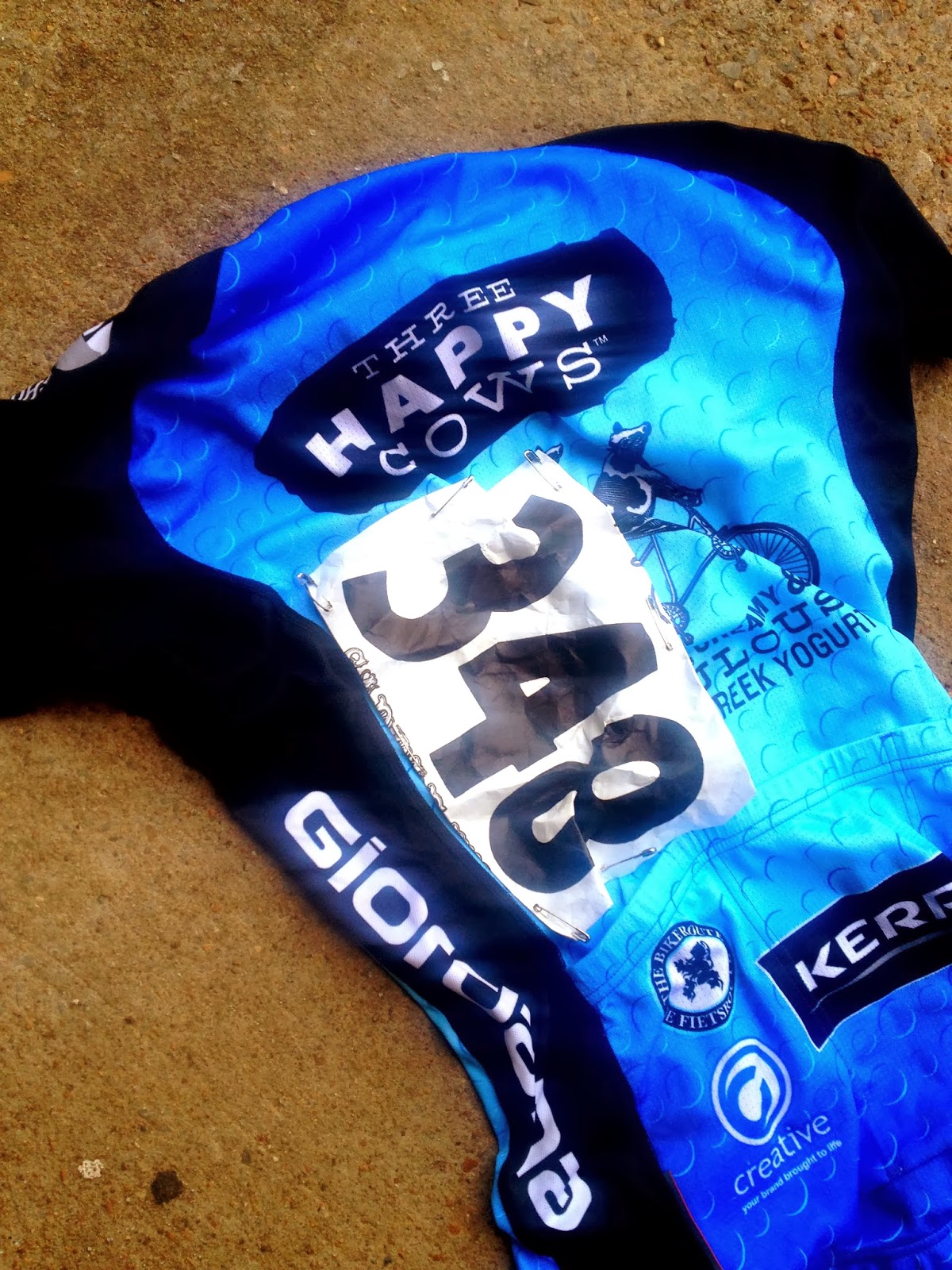 First race of 2014 is in the books. Most fun I've had in awhile racing bicycles. I really enjoy the Tall Chief course. It has a great mixture of terrain which gives it character. A couple solid hills, rollers, pancake flats, wind, a super rough road sector, a little gravel and even some bridge construction. Three Happy Cows Cycling Team had 9 guys in the category 3 race. We were looking to be aggressive from the gun. The goal was to have at least two guys in the break which happened almost immediately. Scott W & Steve M along with (I believe) a rider from Evoke Racing. With 7 guys left to control the field we new we were in a good spot. We wanted to let a couple more of the Okie teams bridge across. If we could get 2-3 more up the road representing other teams the break would have a better chance. They ended up staying away for about two laps (40 miles). Once the catch was made it was time to counter. We sent two guys up the road. A couple other guys from other teams bridged but none willing to work so the move was doomed. Once we hit the climb for the last lap the race shattered. Mark G made it into the winning move with two guys from Tulsa Tough Racing. He ended up getting second on the day. Curtis L took the field sprint for 4th and Michael K finished in the top 10. The team aspect of cycling and the camaraderie with the guys is what I really love. The story telling on the way home is what it's all about. Good stuff and a super fun time racing in Skiatook, OK. 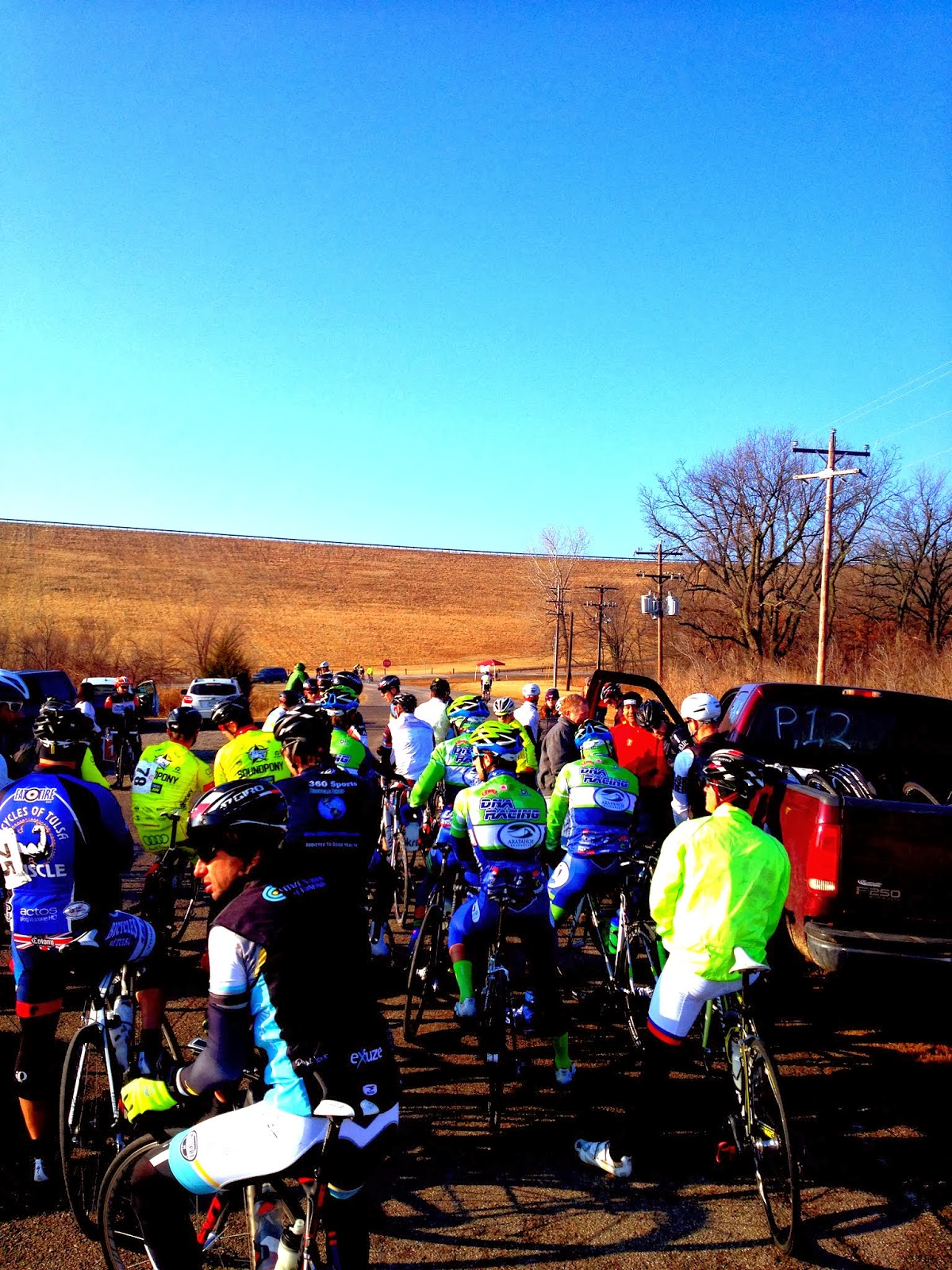 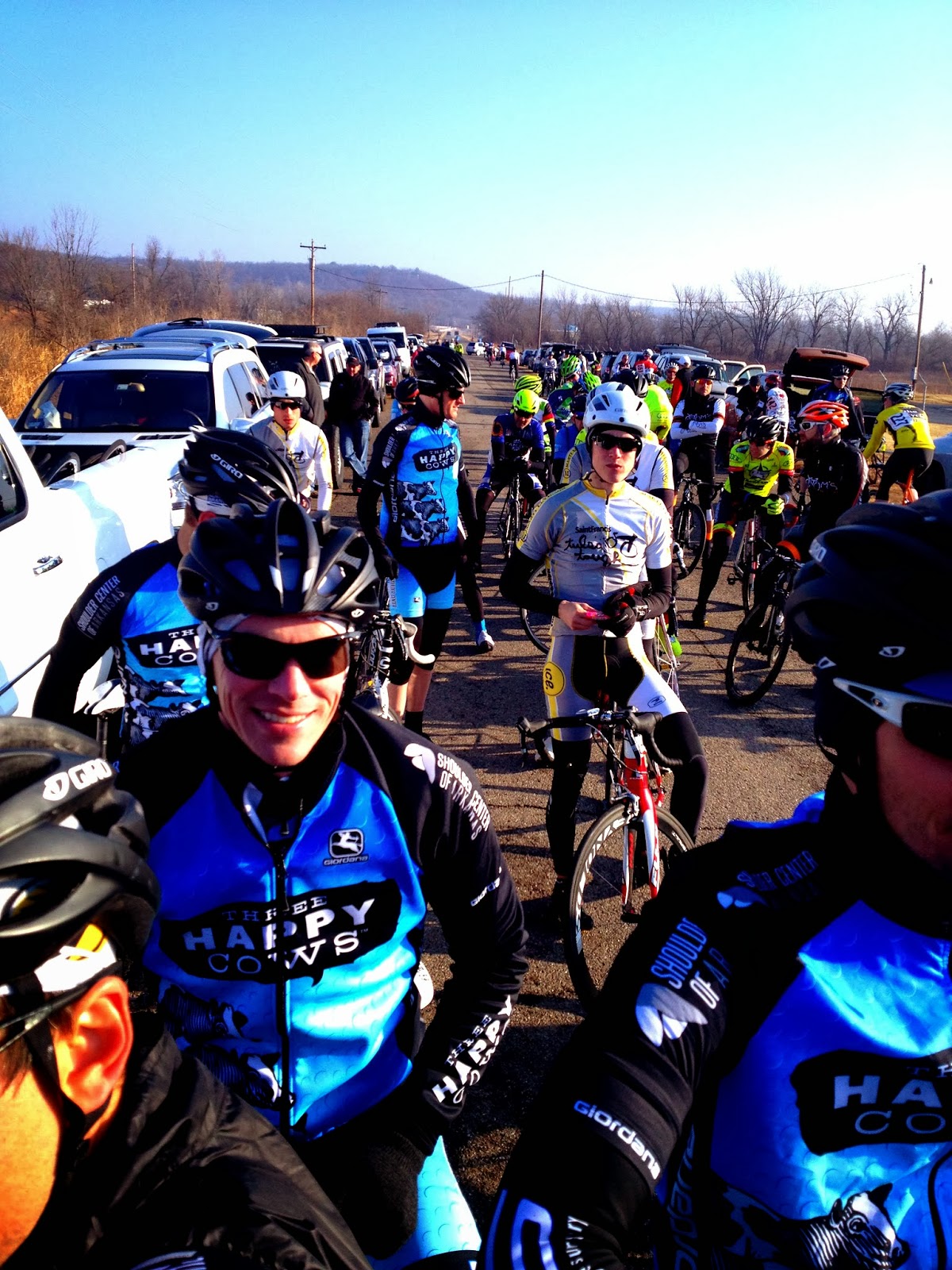 Staging for the 3's. 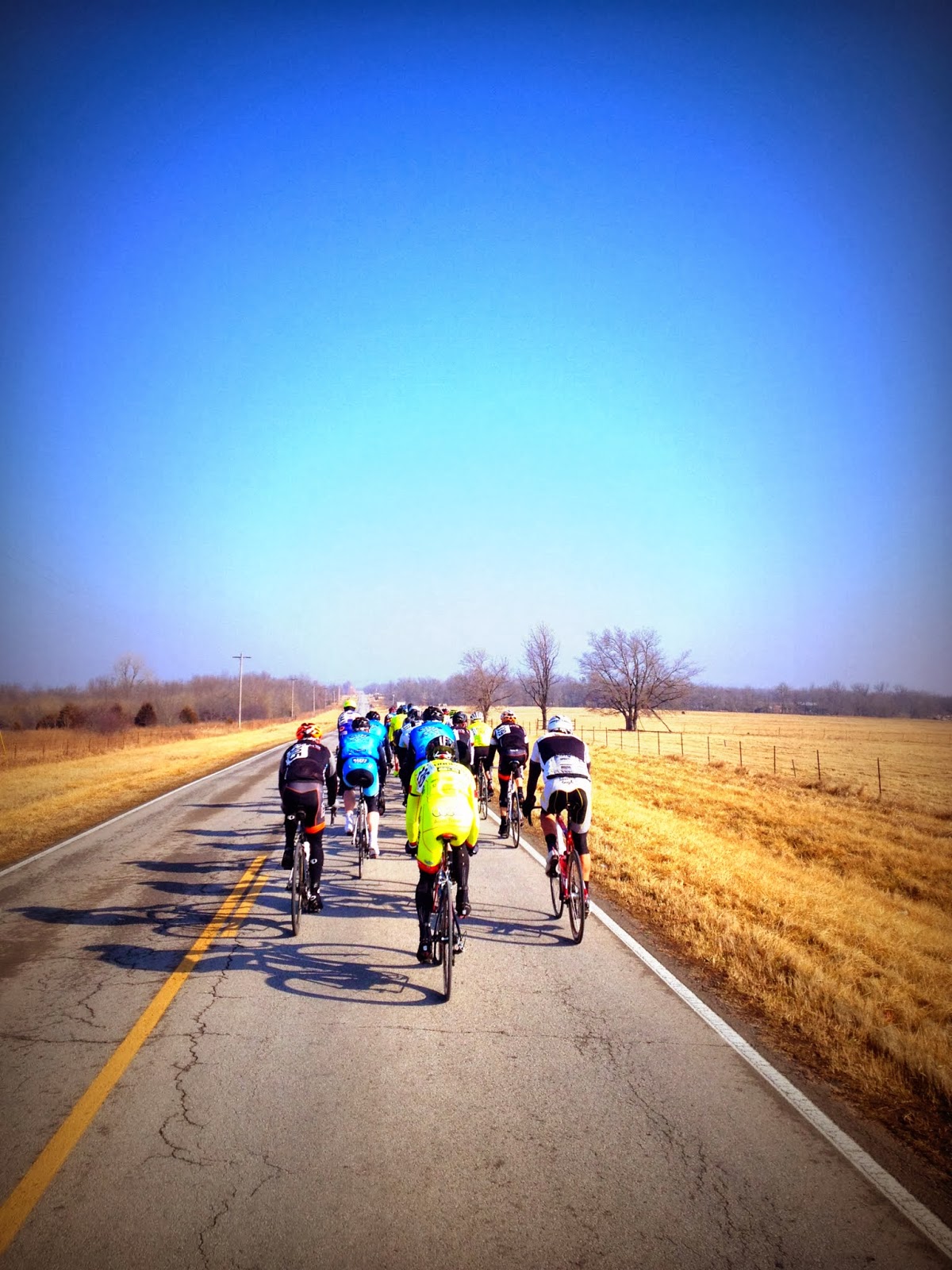 And yes....I took a photo while participating in a bicycle race. Won't hear the end of this one. 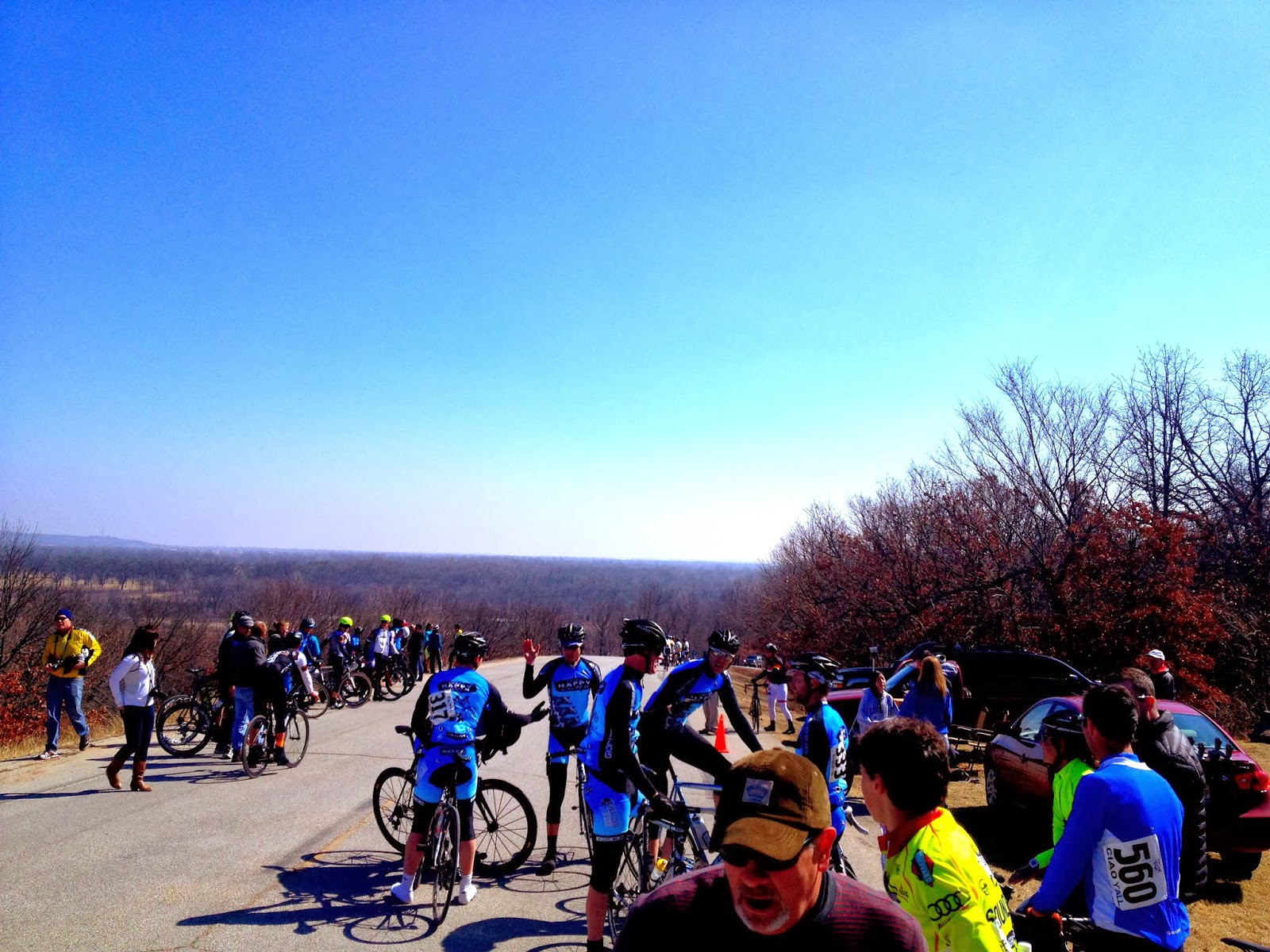 After the finish. Fives.... & knucks all the way around. 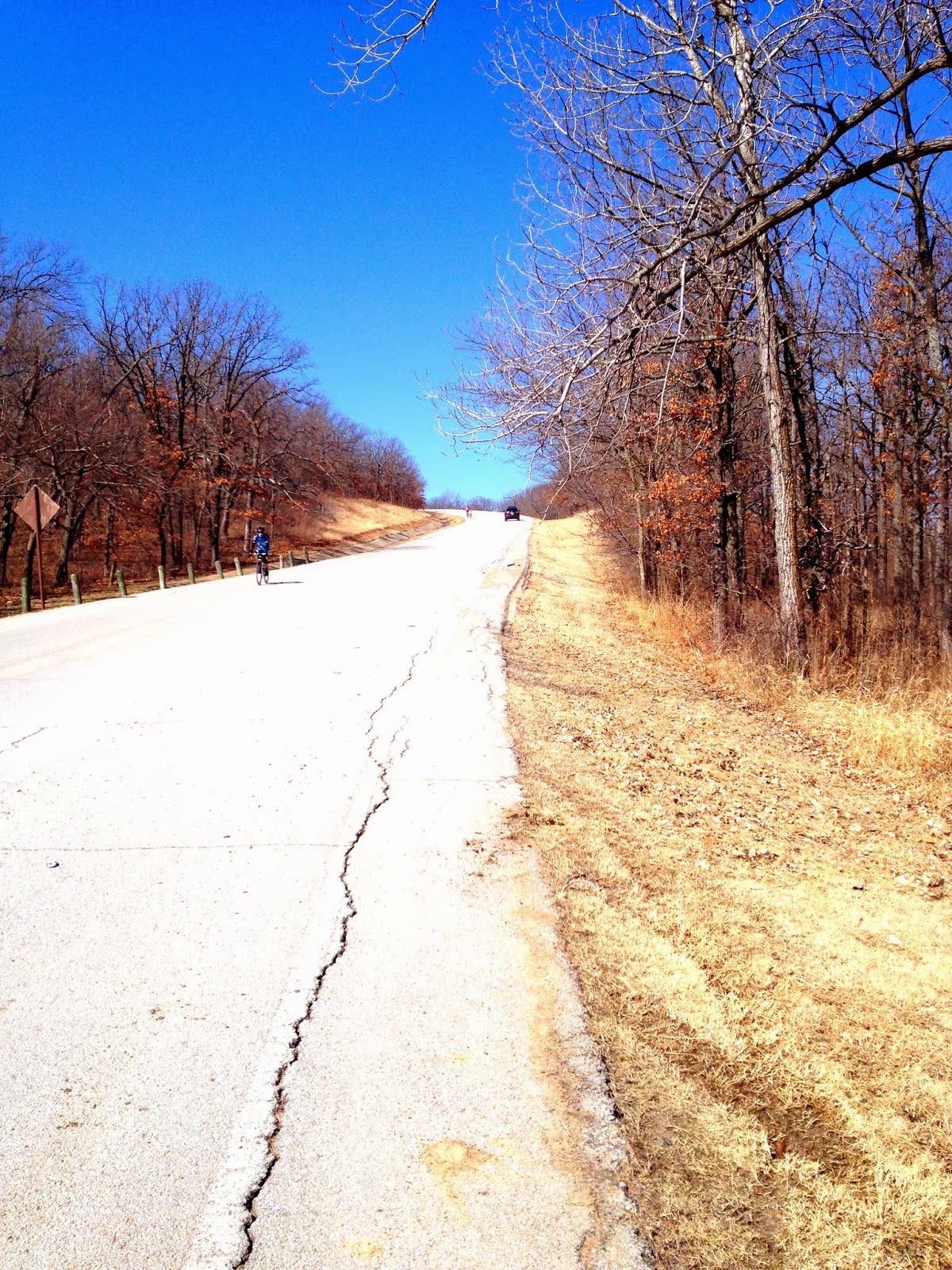 This one hurt a bit. Finishing hill. 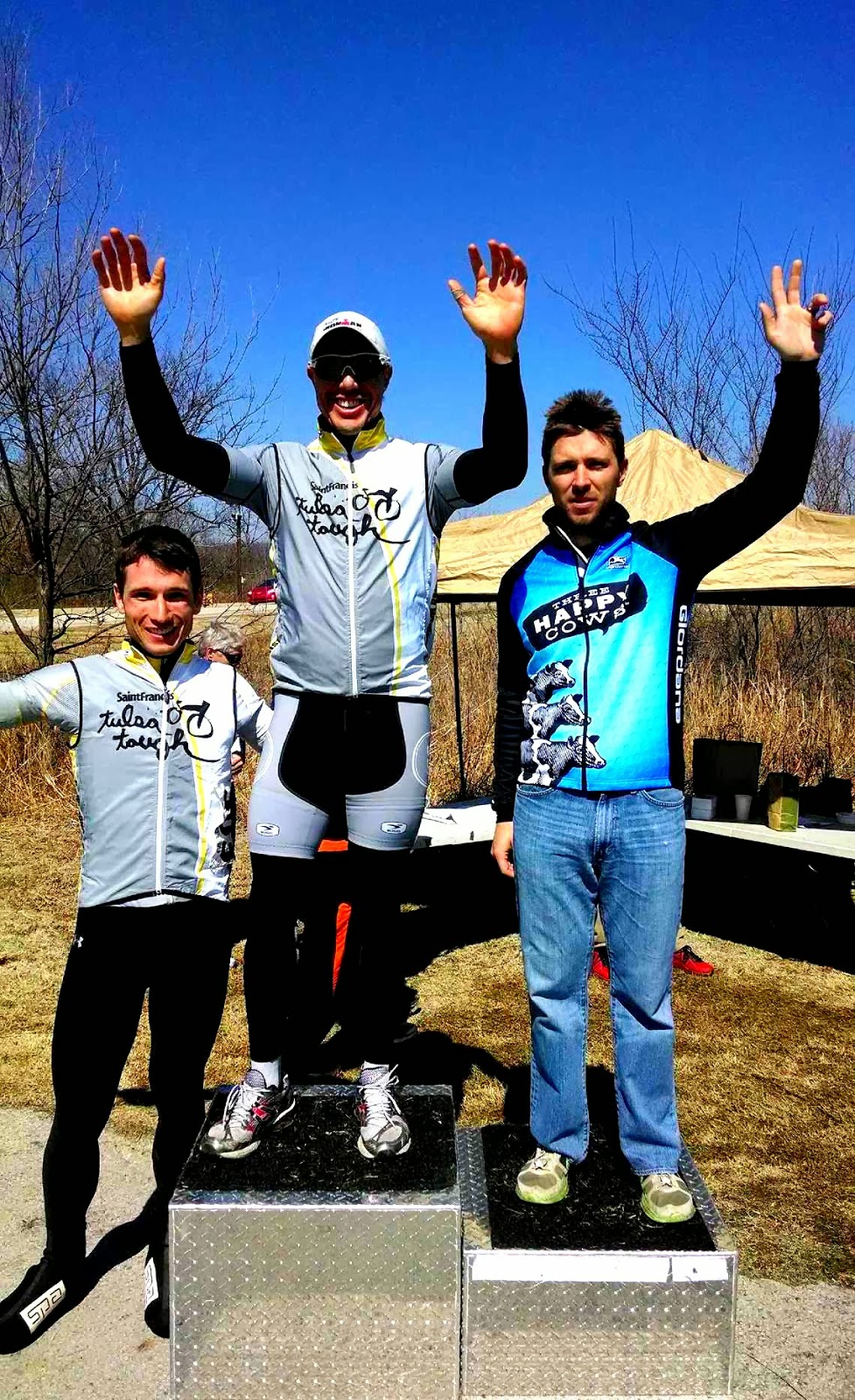 Podium...someone get Mark G a comb and a smile... 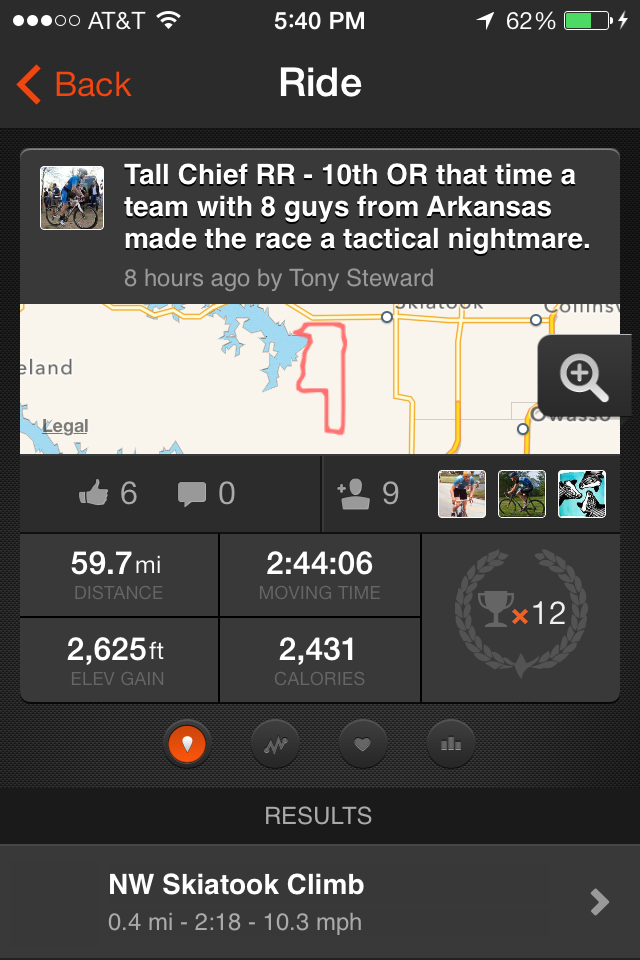 This STRAVA ride title does a much nicer job summing things up.

I was in the 3 man break that took the podium. Your teammate was a good guy - worked with us, even though he was outnumbered.
Thanks for coming out to Oklahoma!

Plenty of sunshine today and some great racing. Congrats on your podium Josh!