The Saturday ride was interesting. It lacked rhythm for some reason. The bunch was full of...let's call it 'personality.' I'm going to blame it on the full moon. Mutinous pirates comes to mind. The original route was contested from the parking lot. Fitness levels are all over the spectrum. With wind & hills carnage ensued.  It was fun. We tackled the Hell's Kitchen loop and added 'The Wall' for good measure. 55 miles with about 3100 gain. Solid ride, the kind you feel the next day. 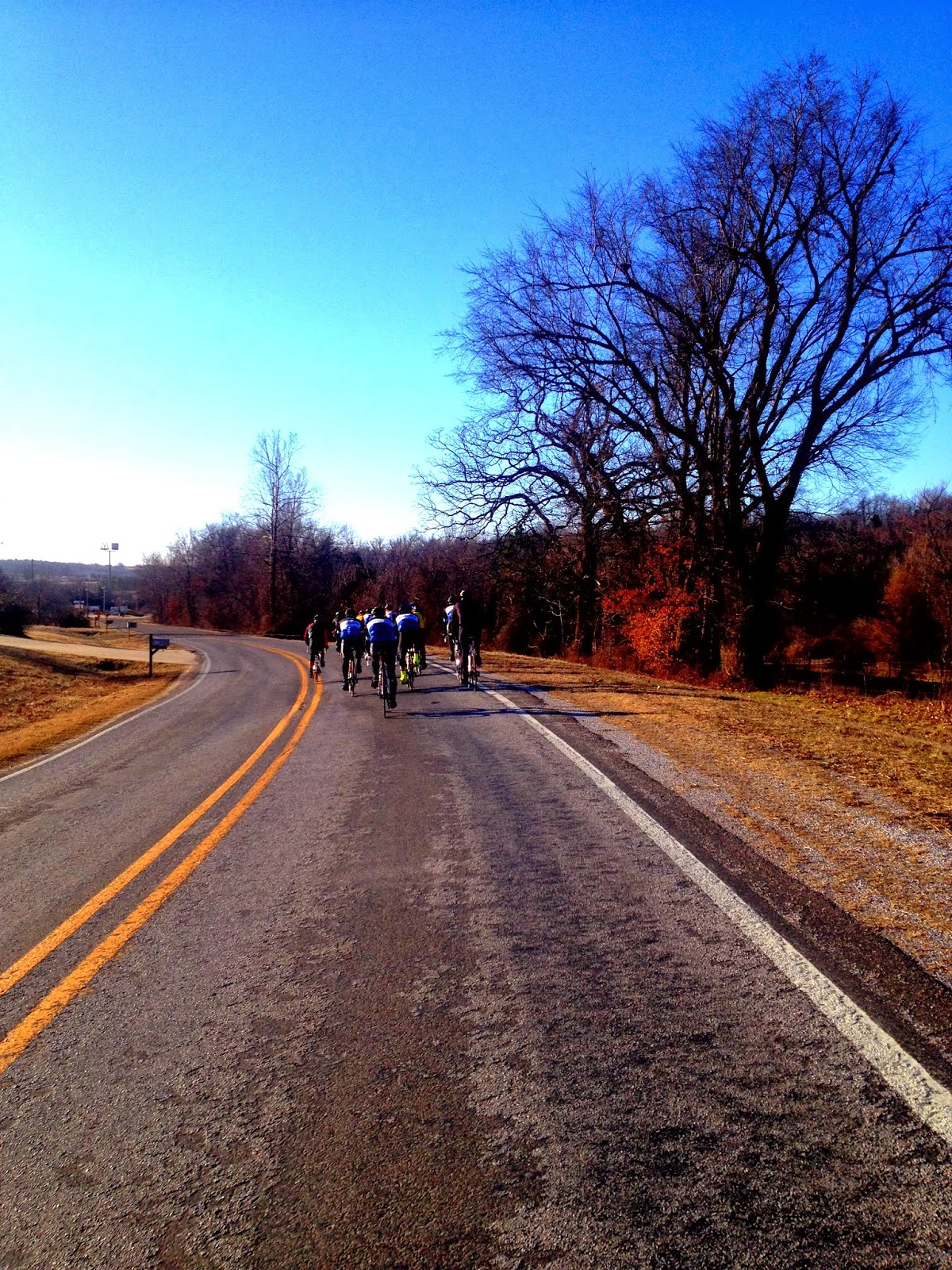 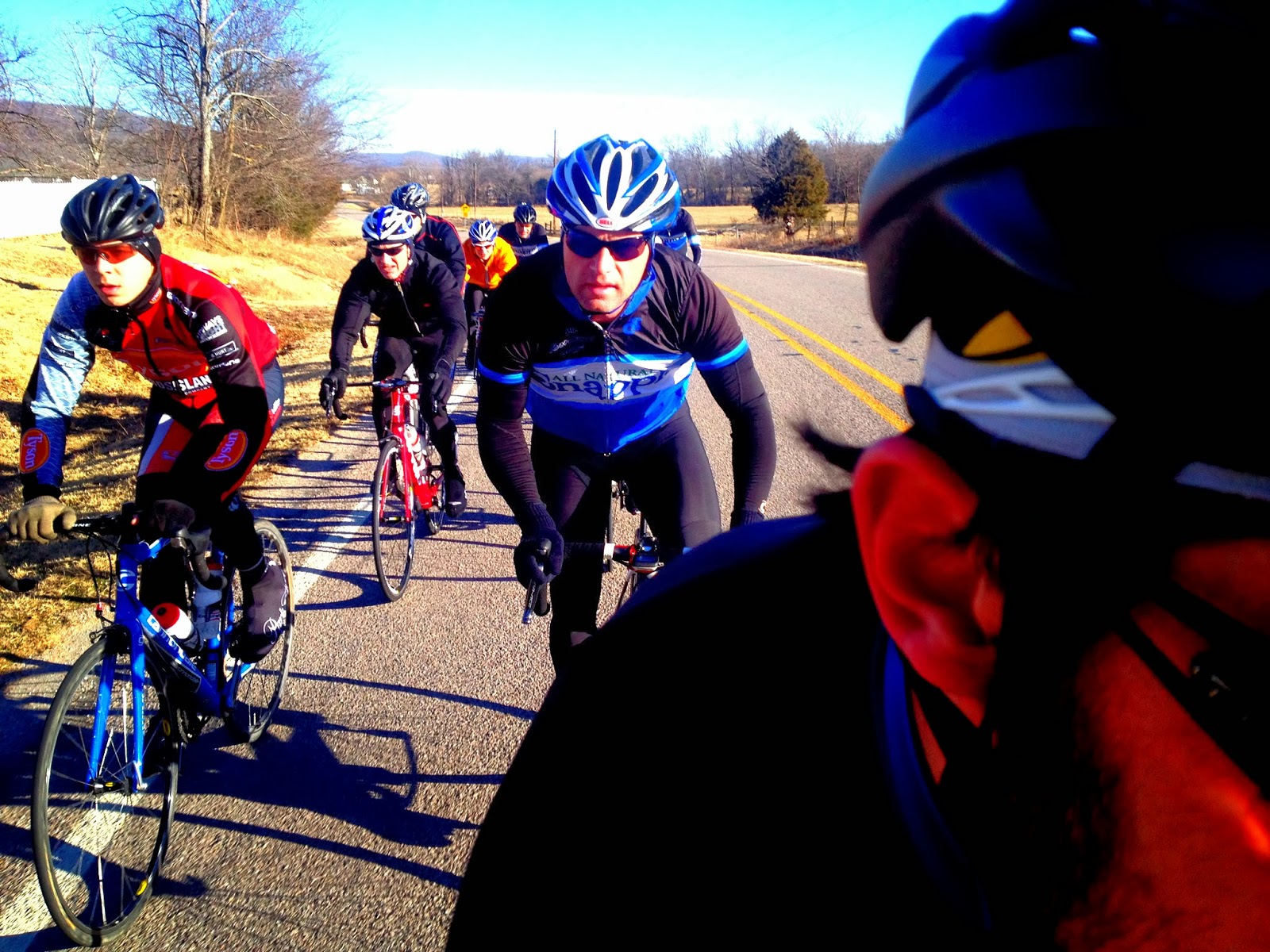 Note to self. Time for a haircut. 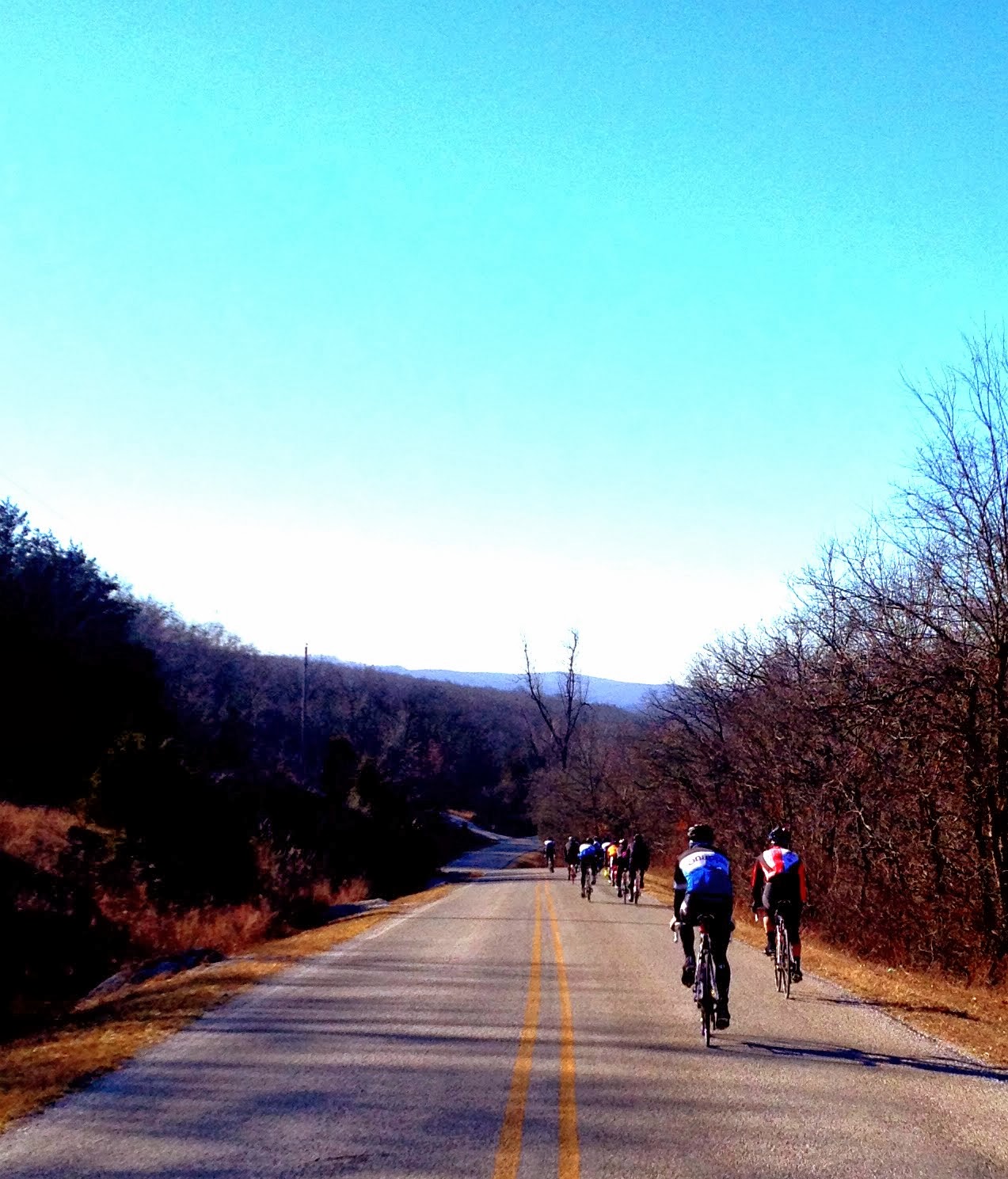 The west side of the HK loop is rolling & curvy a lot of fun with a group. 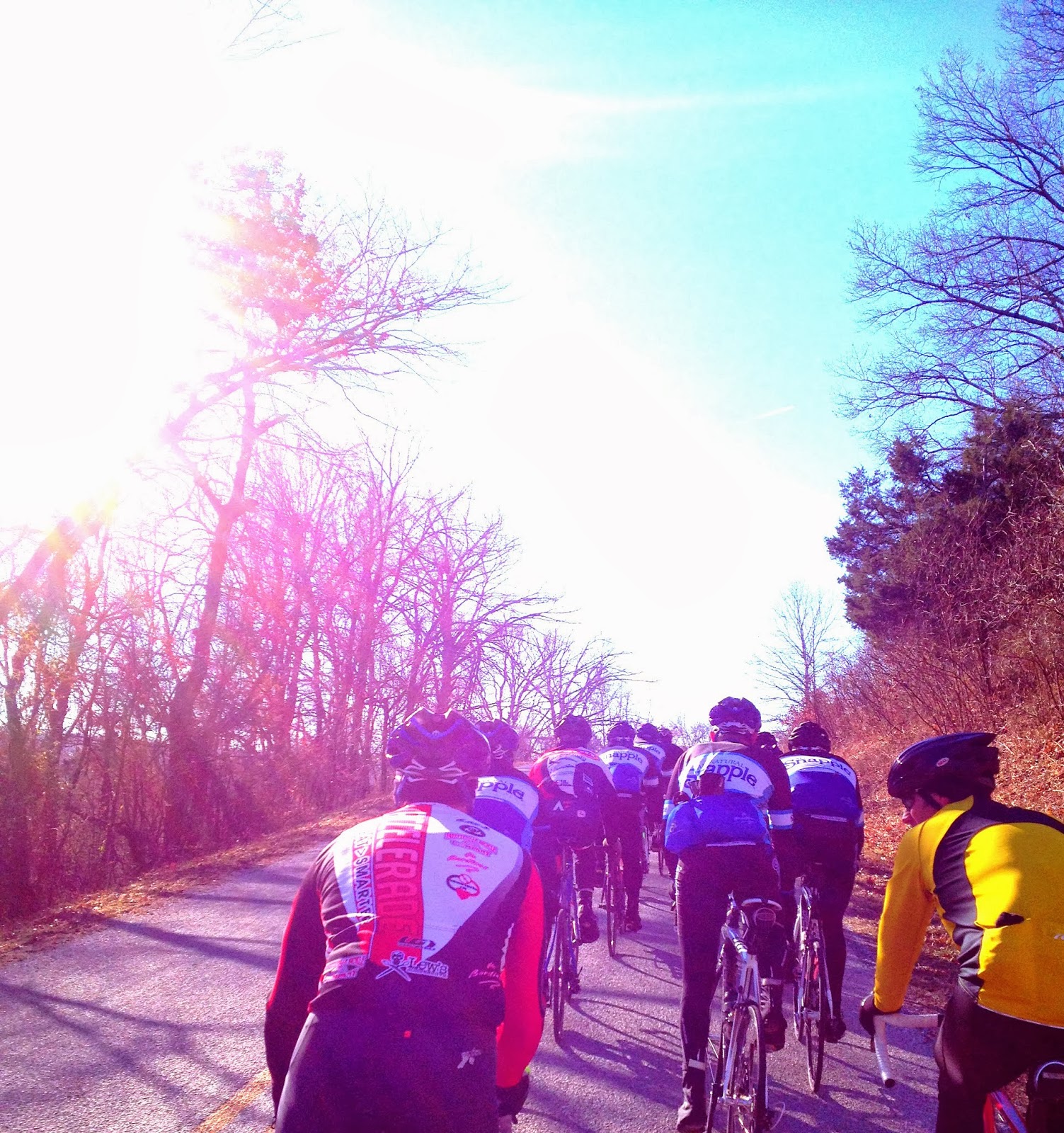 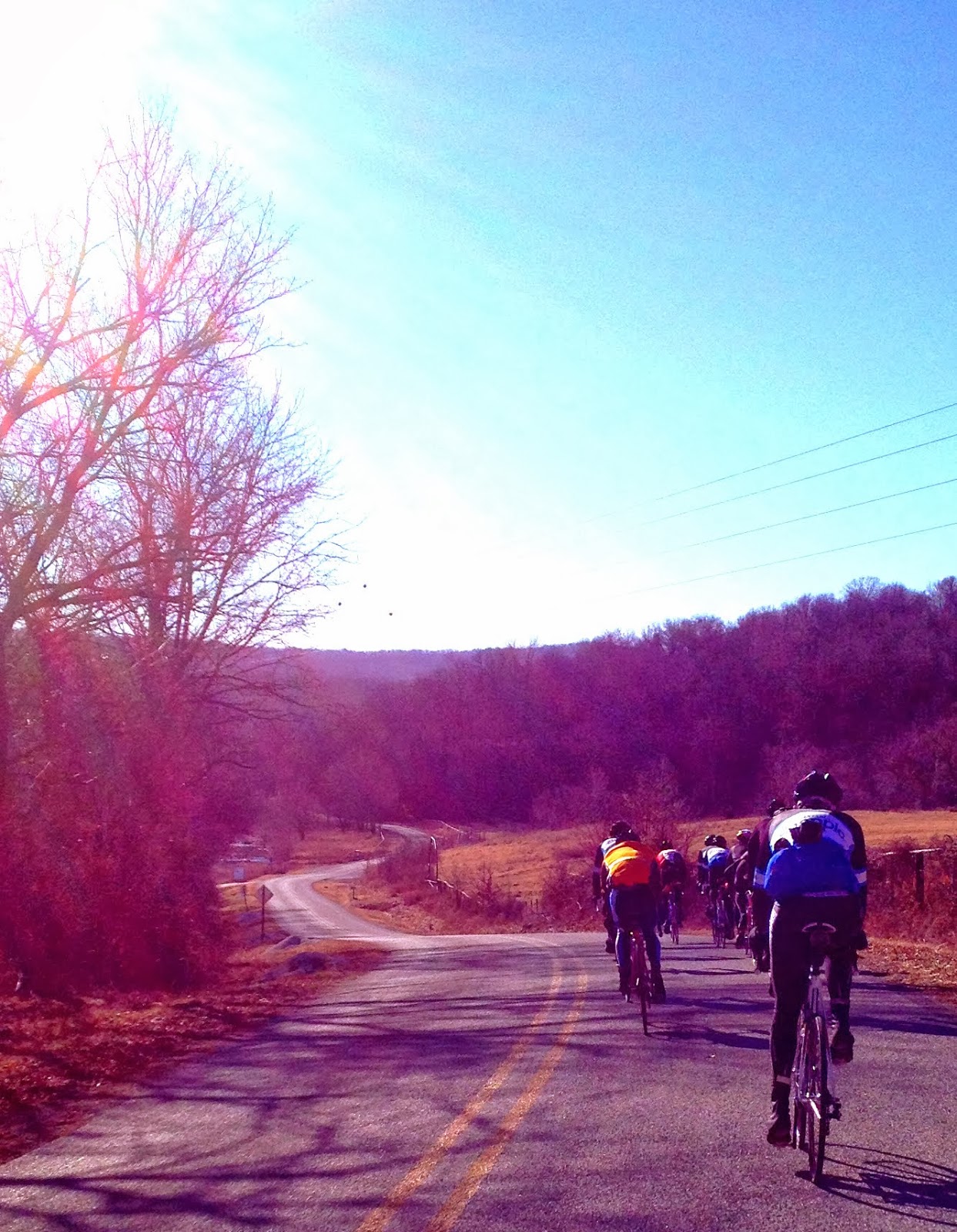 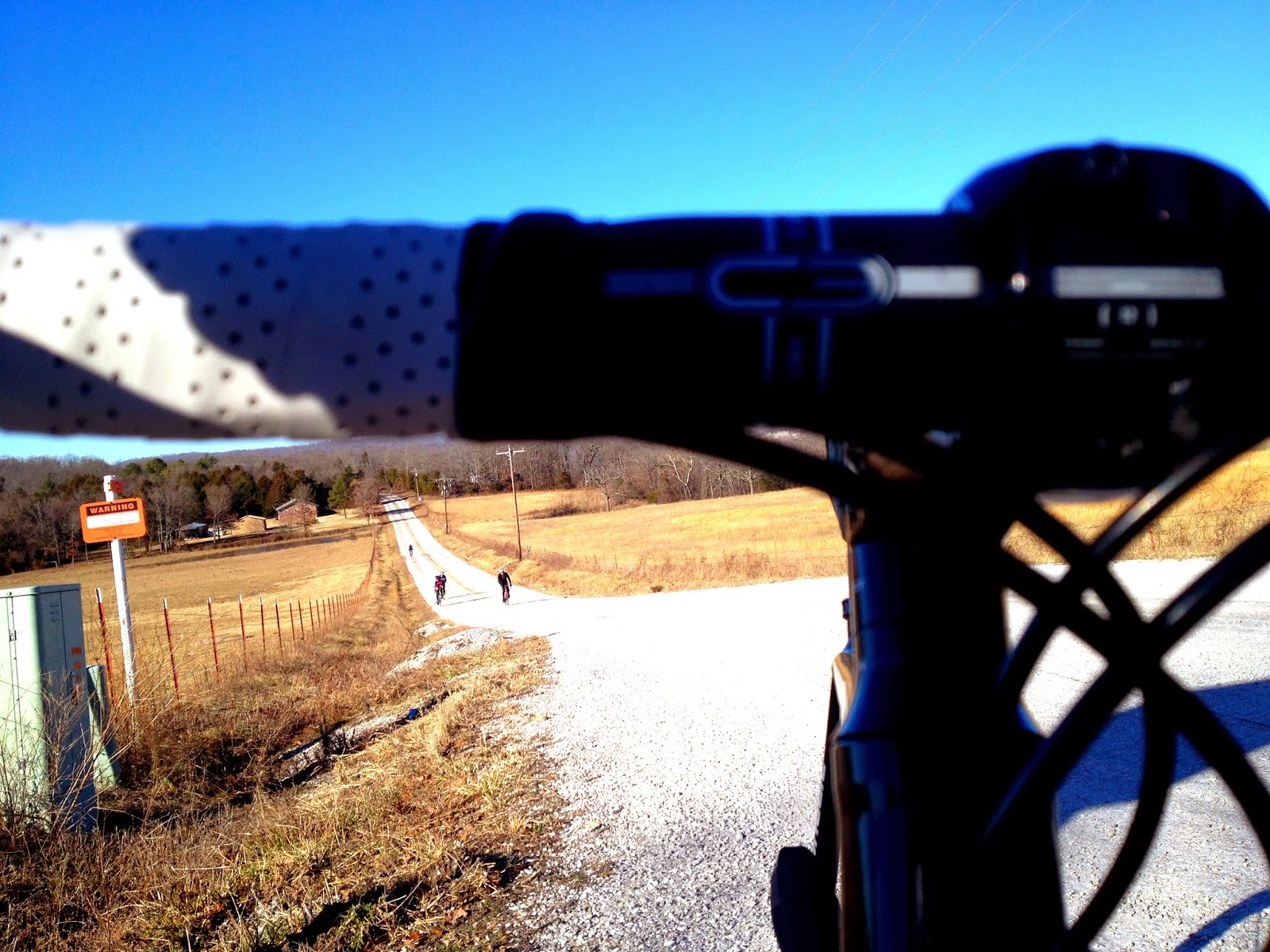 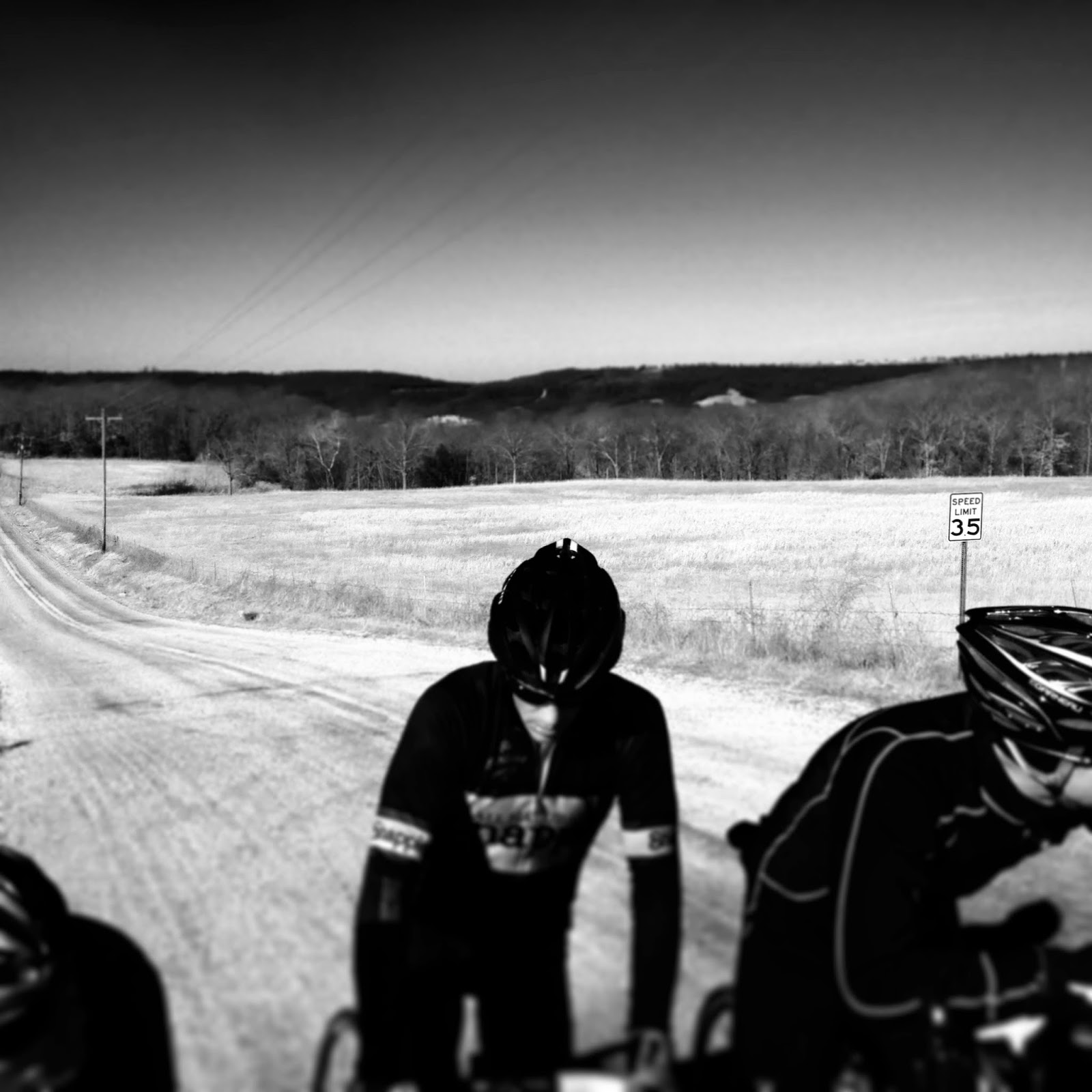 Folks hunched over the bars. The sign of a stout climb. 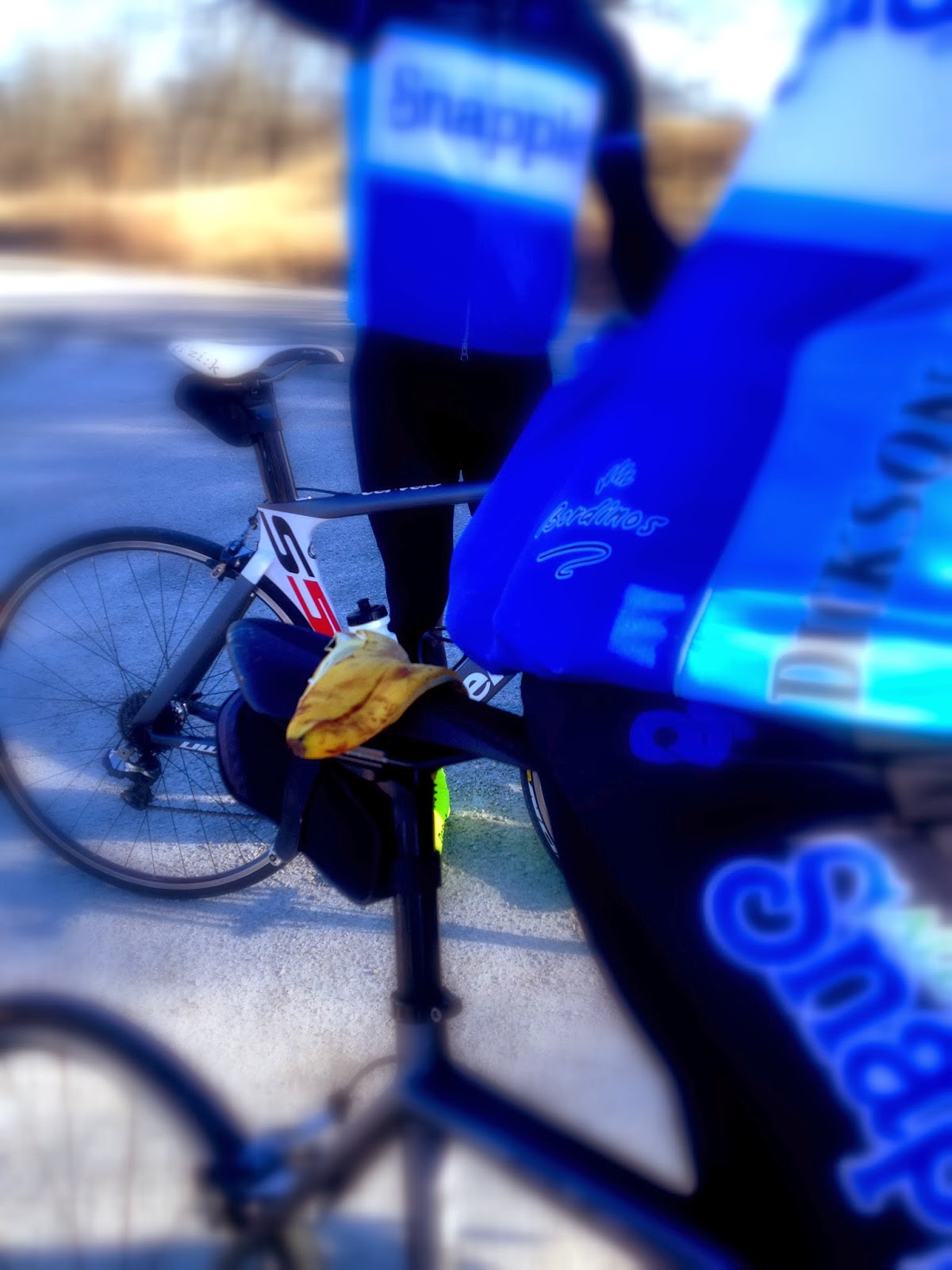 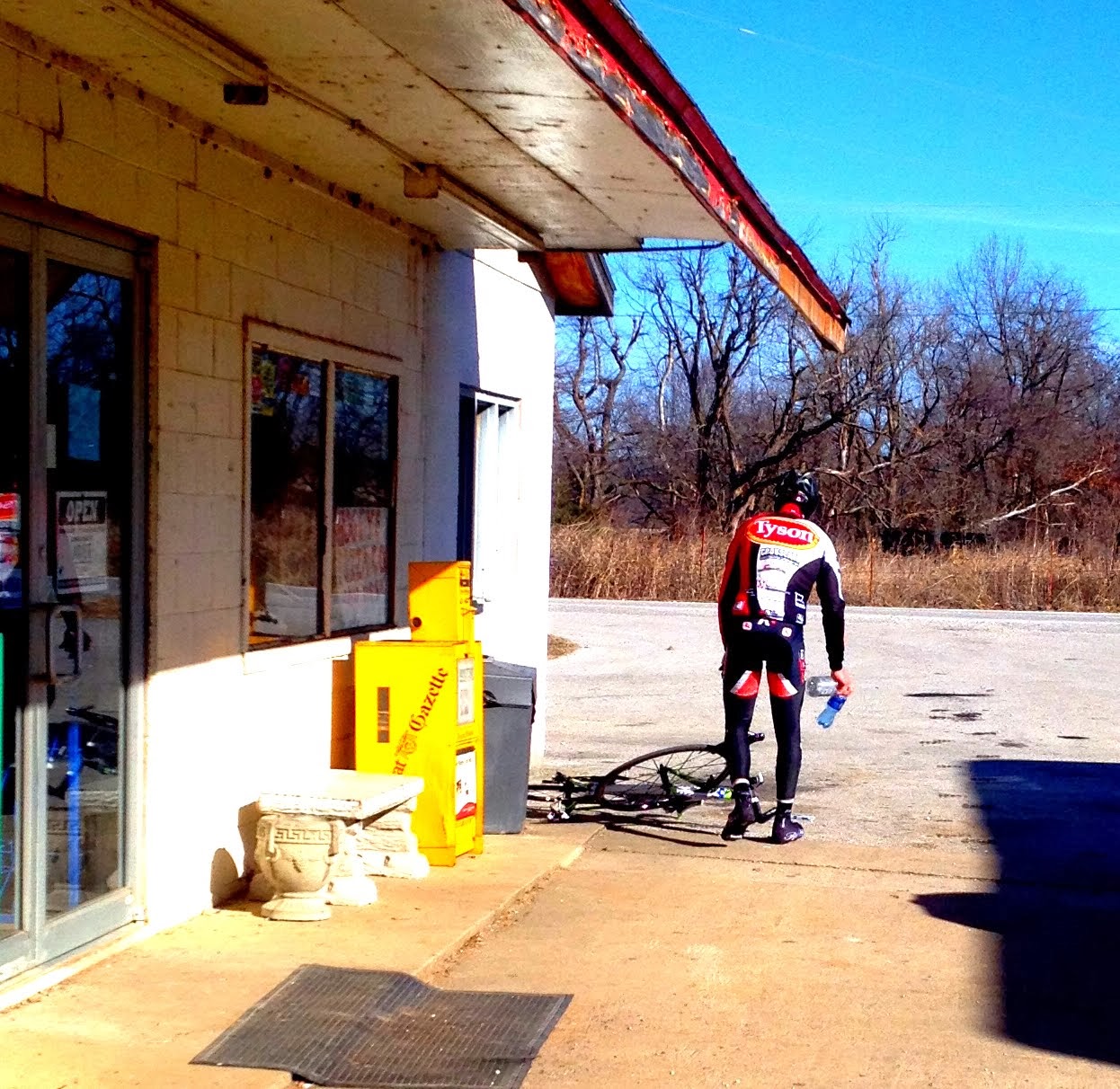 After chewing the bunch up and spitting us out on the HK climb Levi B is kind enough to pick up someone else's fallen steed. A good-natured chap he is. 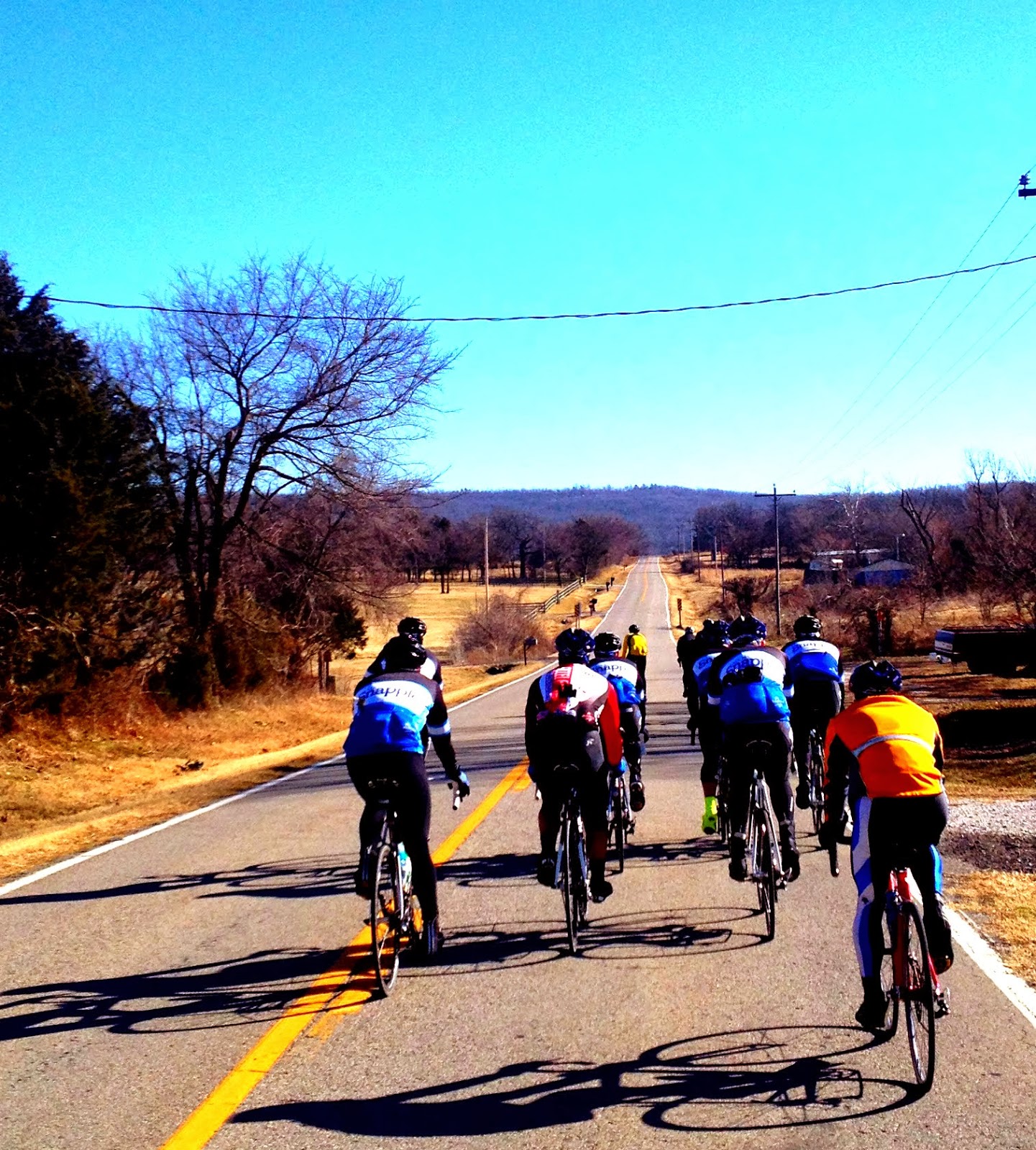 Onward to the speed bump affectionately known as the wall. 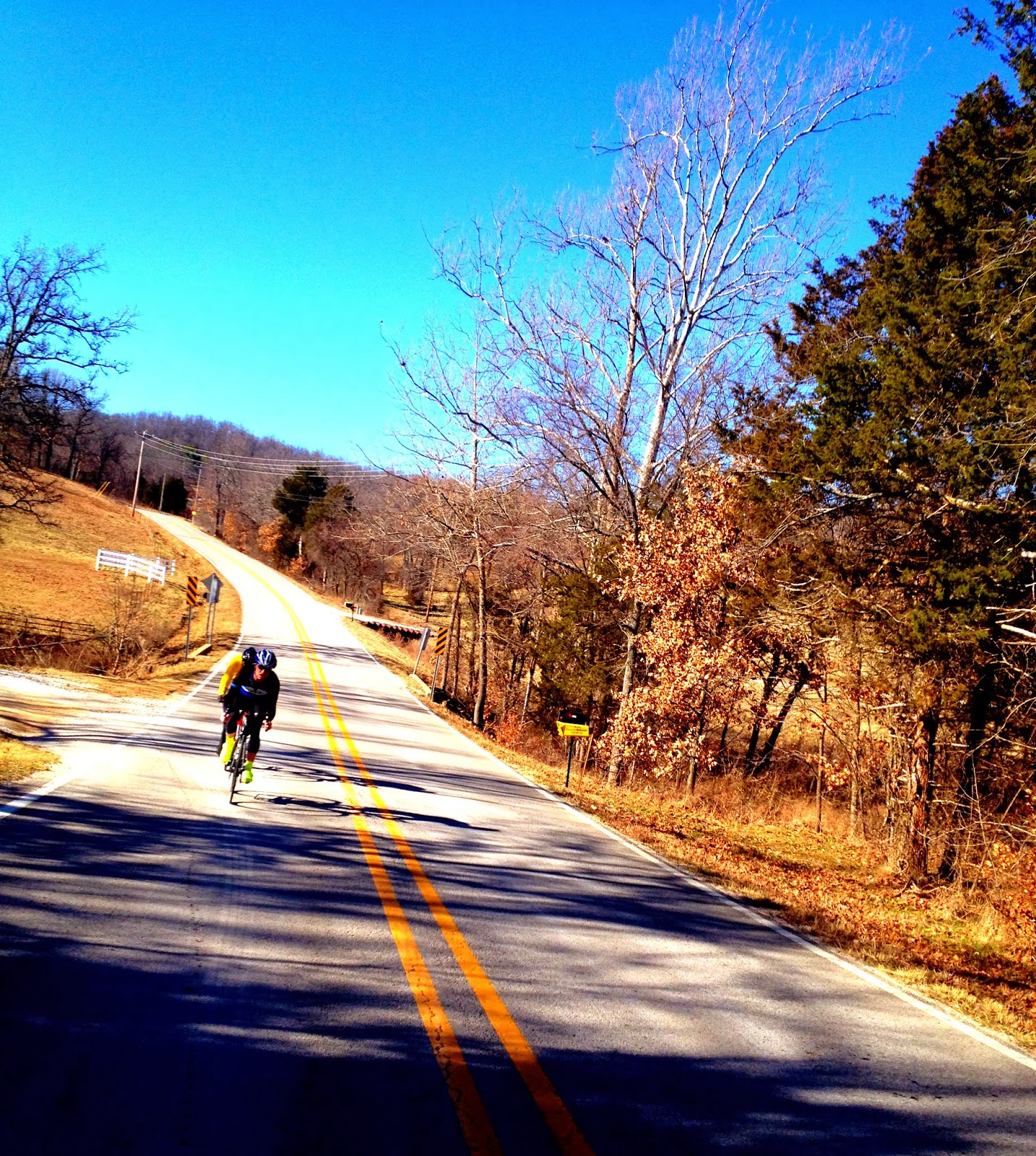 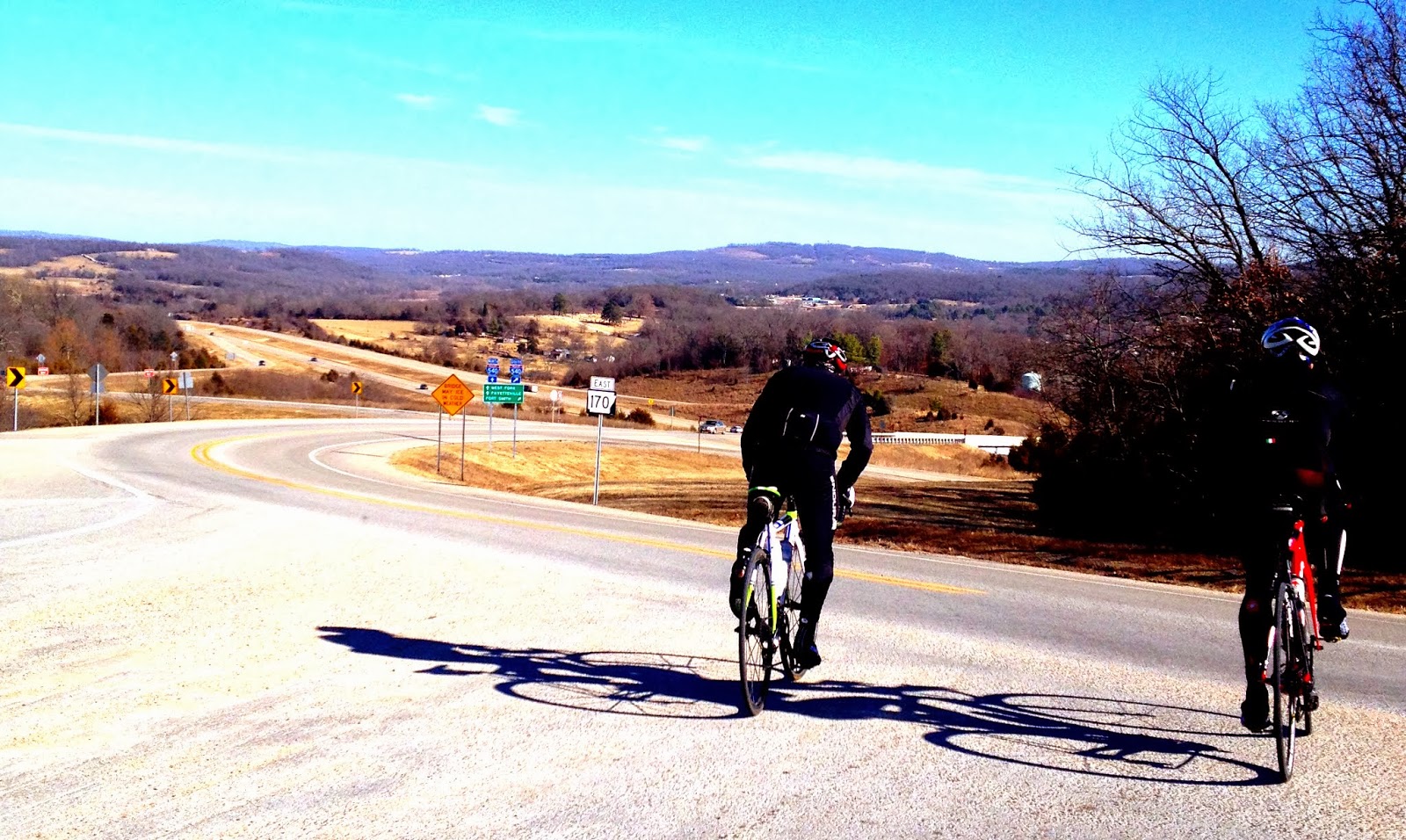 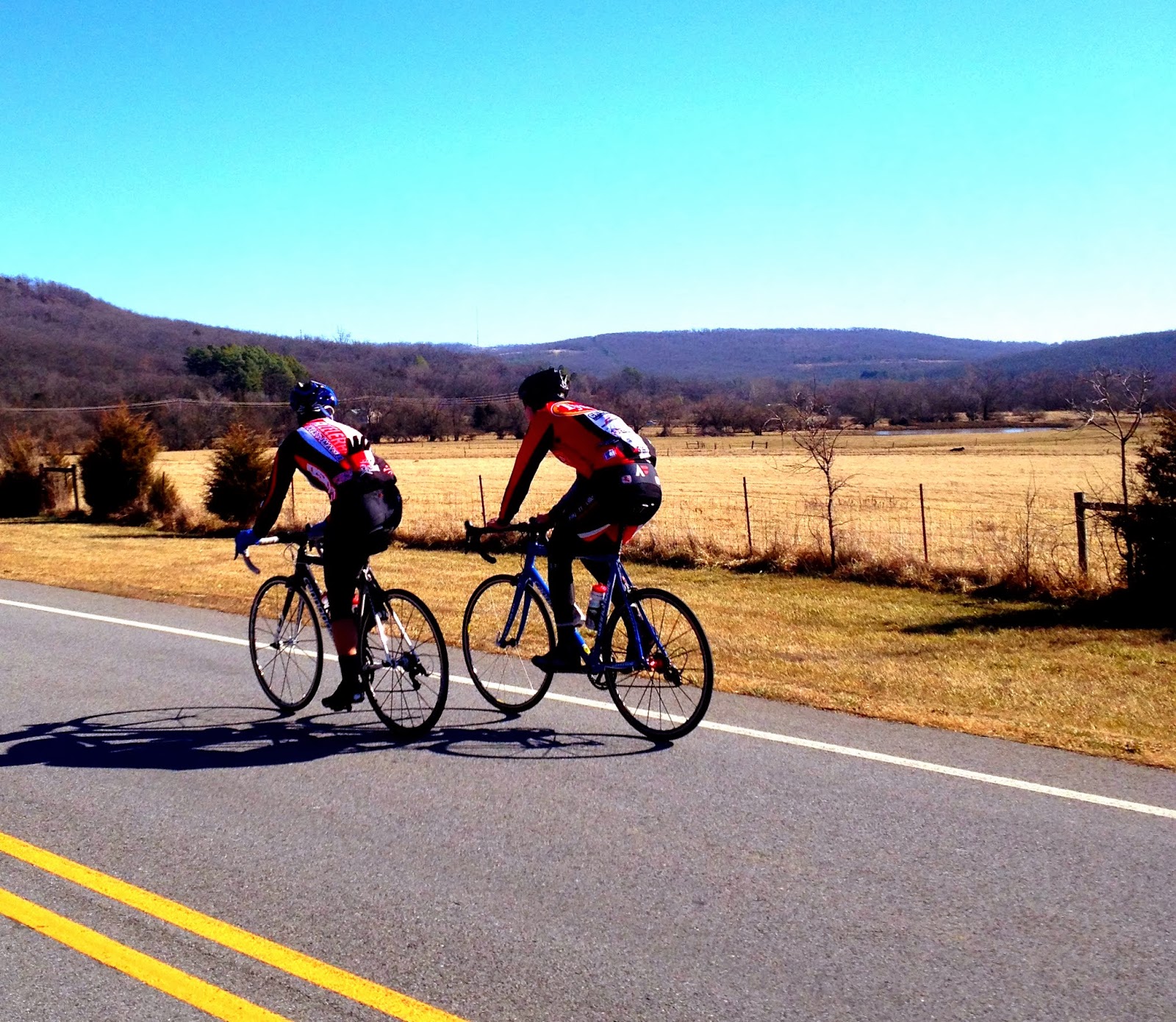 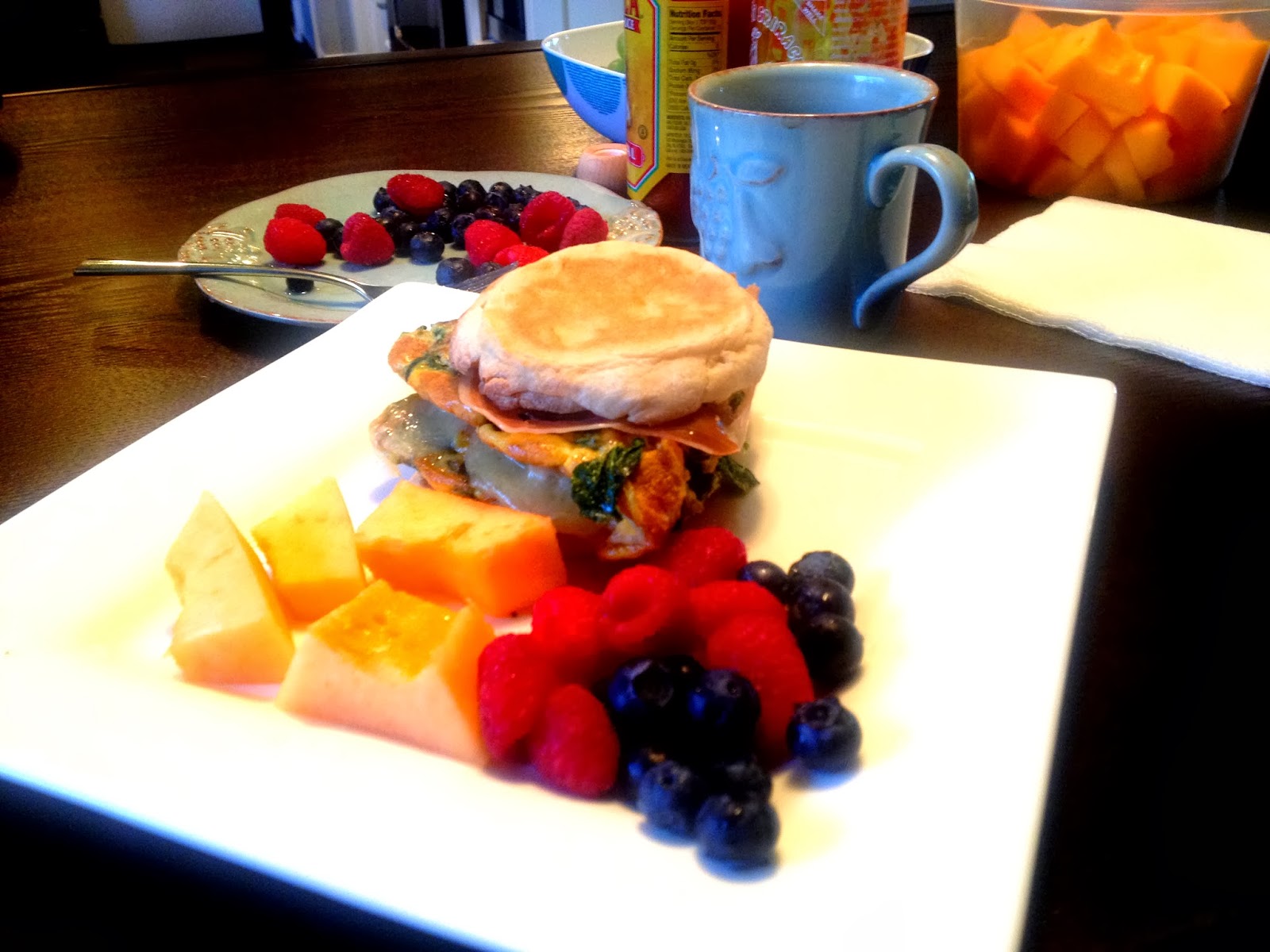 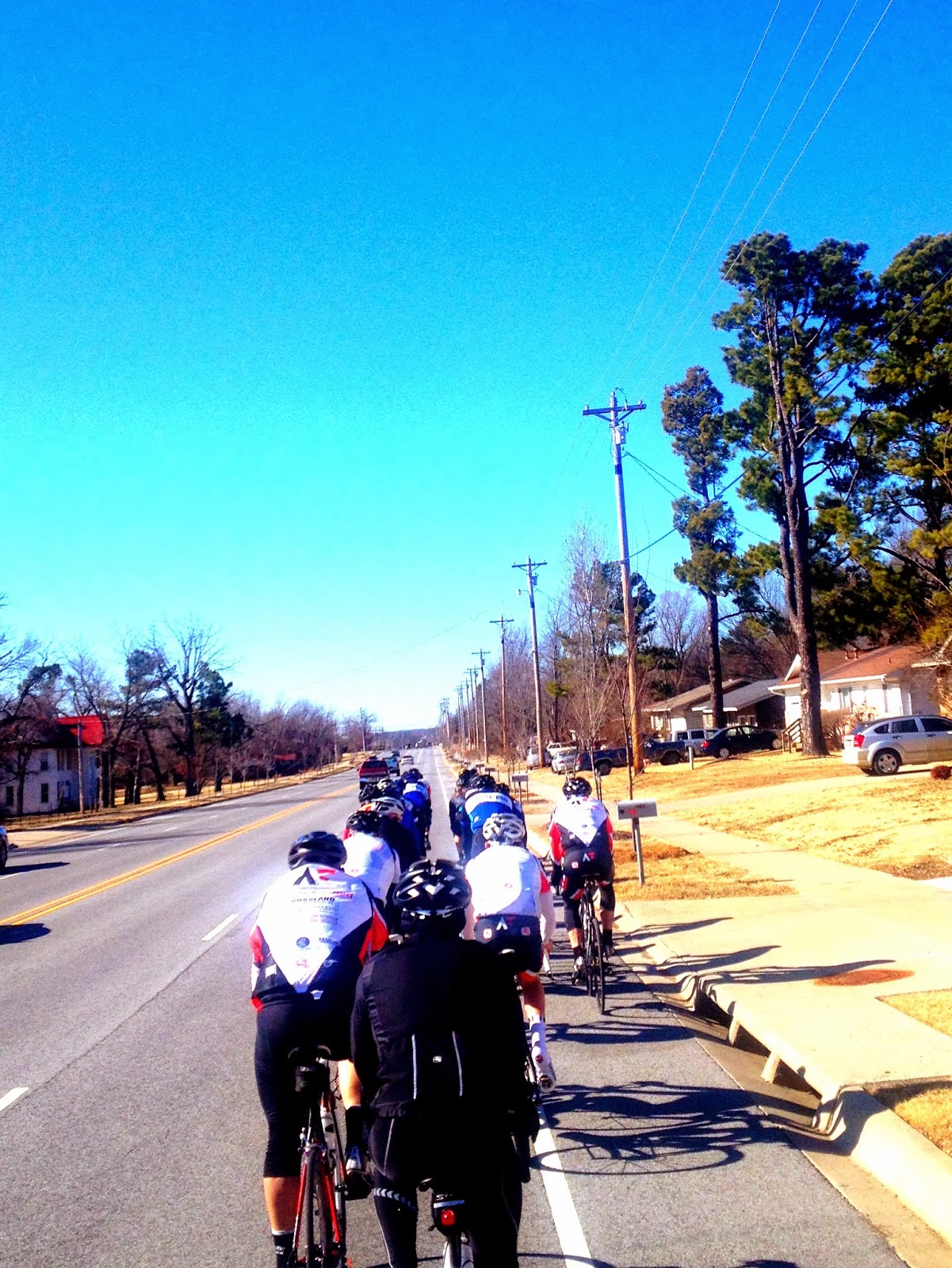 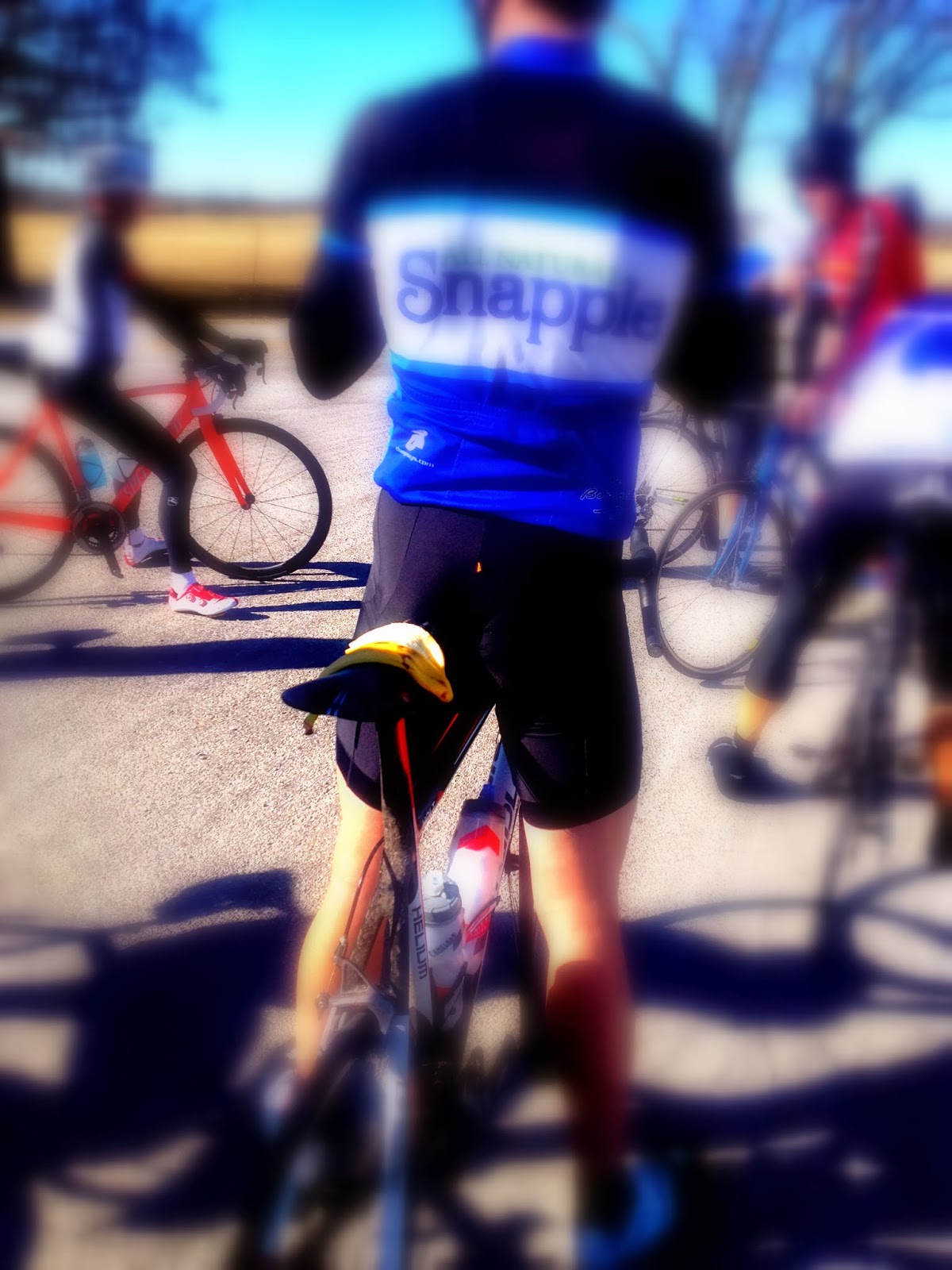 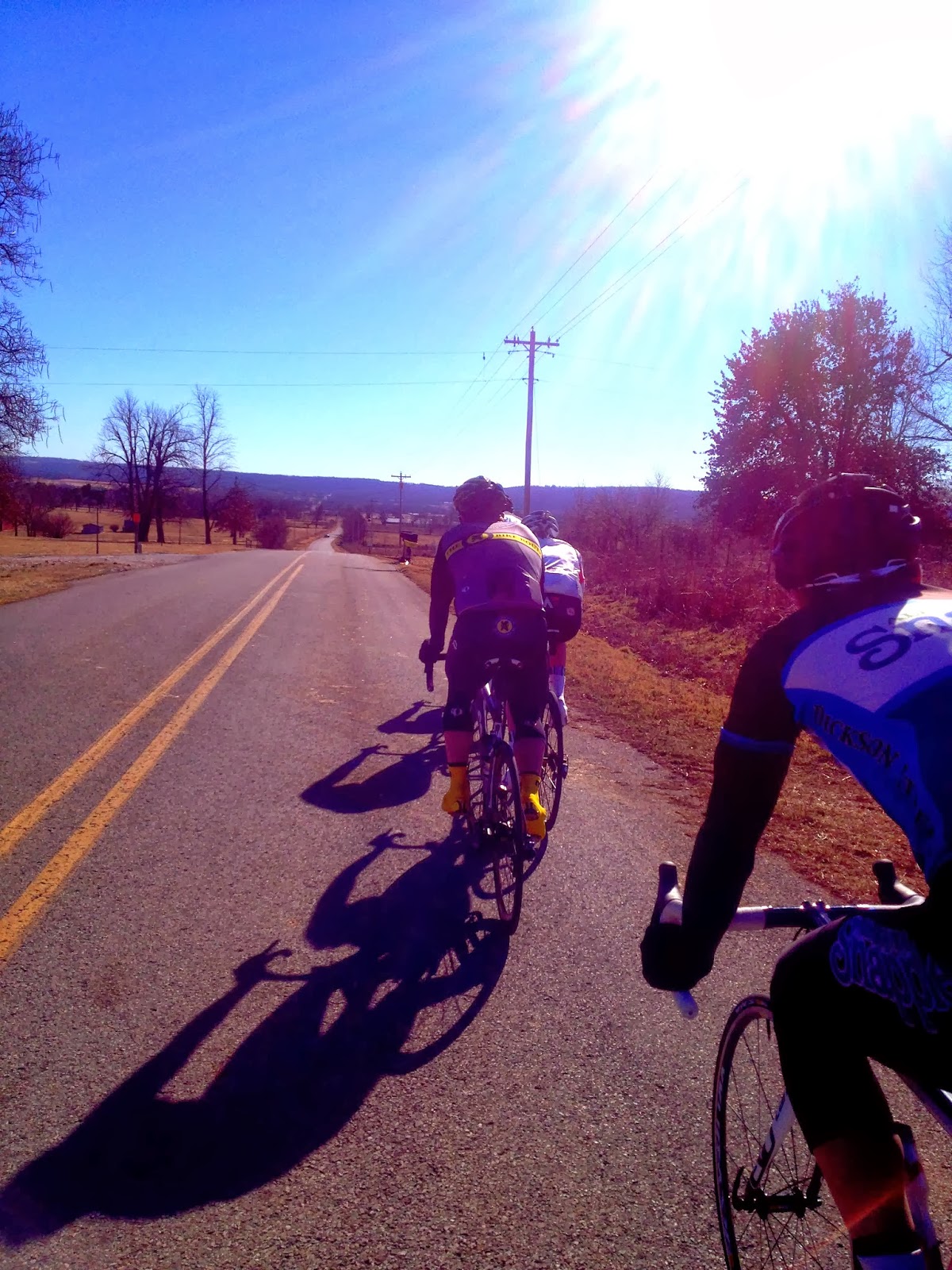 That was the first race like effort all winter. Felt good in a disturbing kinda way. 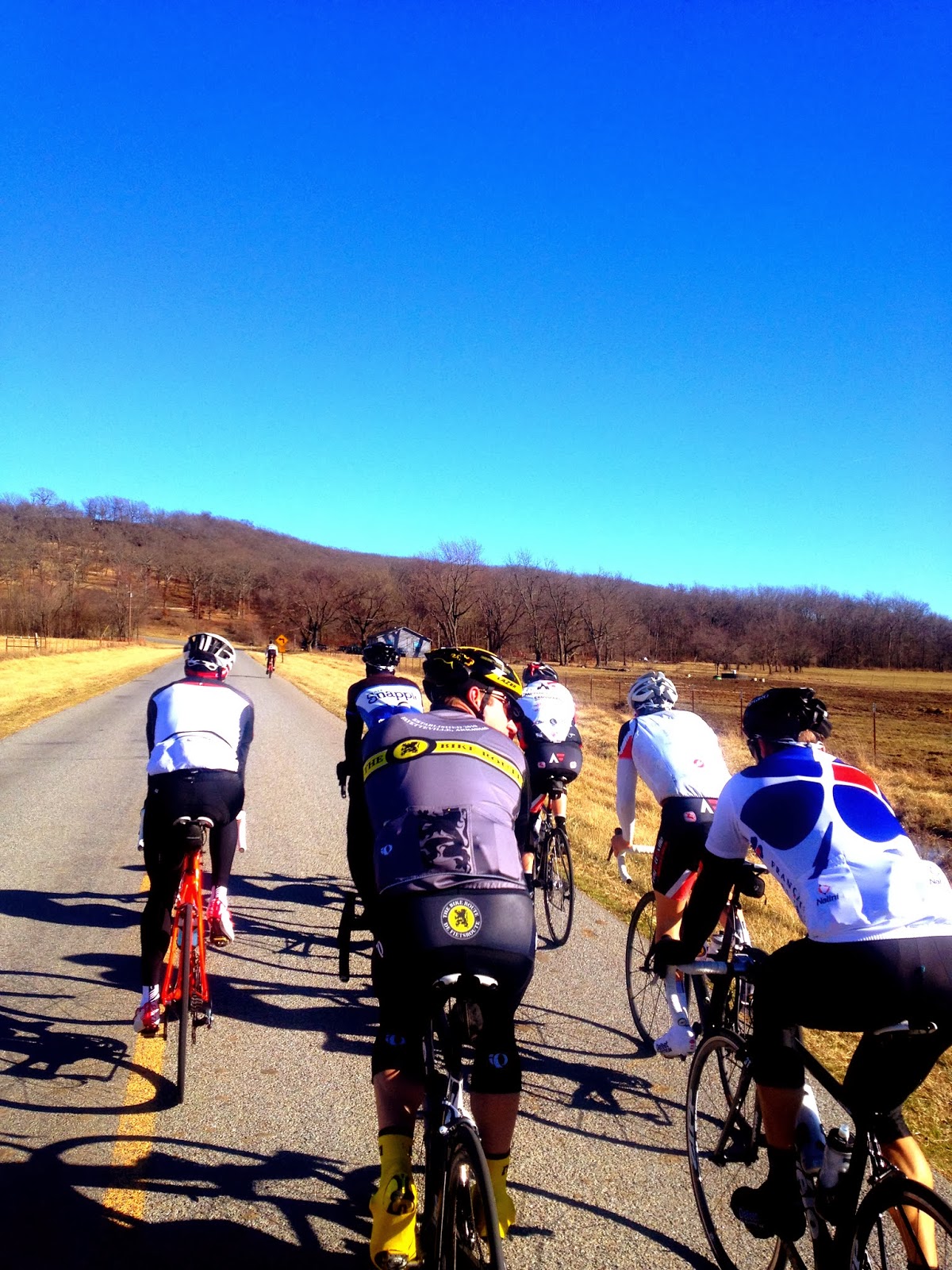 The return of some Cat. 1's who have been 'hibernating' in warmer climates made the ride hard. 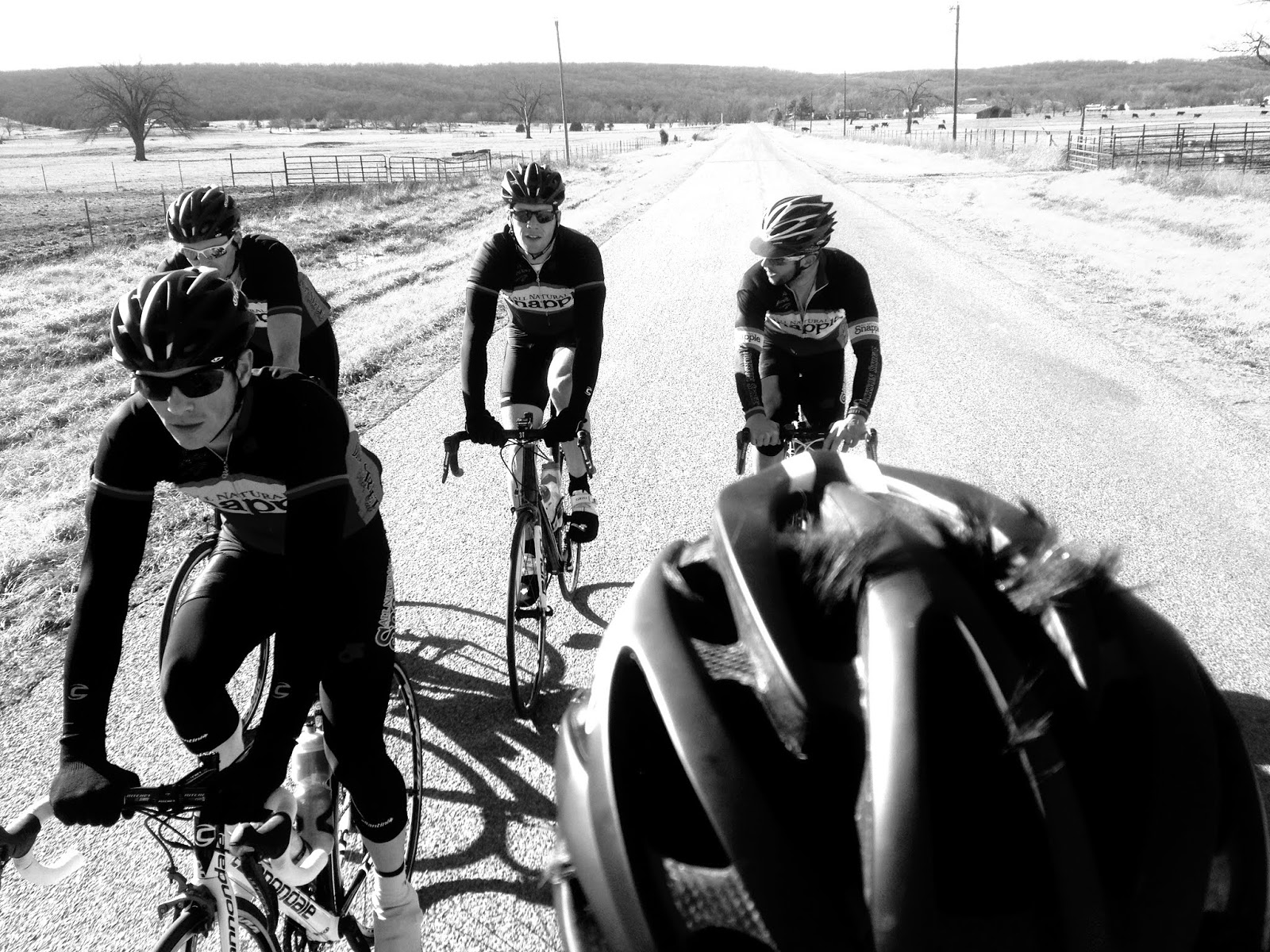 At least it was a week not involving this medieval device.

The time of year and difference in fitness level is an interesting mix. I find it brings out the best fight that everyone has available. The urge to show fitness is so eager yet you don't want to reveal your TRUE fitness. Mental battles are more prevalent than anything! That's what makes it so fun in January and February...

It was fun no doubt! Luis & Josh were taking names. Making the split on the back side of NWA spring classic was a small moral victory for me. Then I had to poo...

This weekend seemed to be the one that focus shifted from training to training where it matters. Hell's Kitchen road race is coming thus riders were on it and NWA Spring Classic as well. Wes and I went to Jasper to see how the legs would do on the big climbs with the various mountain training camps coming. We were on Vendor and Parthenon. Everyone will suffer, just some may not suffer as much. Good stuff, Mr Grunnagle!

Thanks Keith, Jasper is one of the best and most challenging routes in AR. Good job guys.

lol, that's a serious effort if it results in the need to defecate.

J Hayes, I was already having issues in the lower unit. The hard race effort did not help!